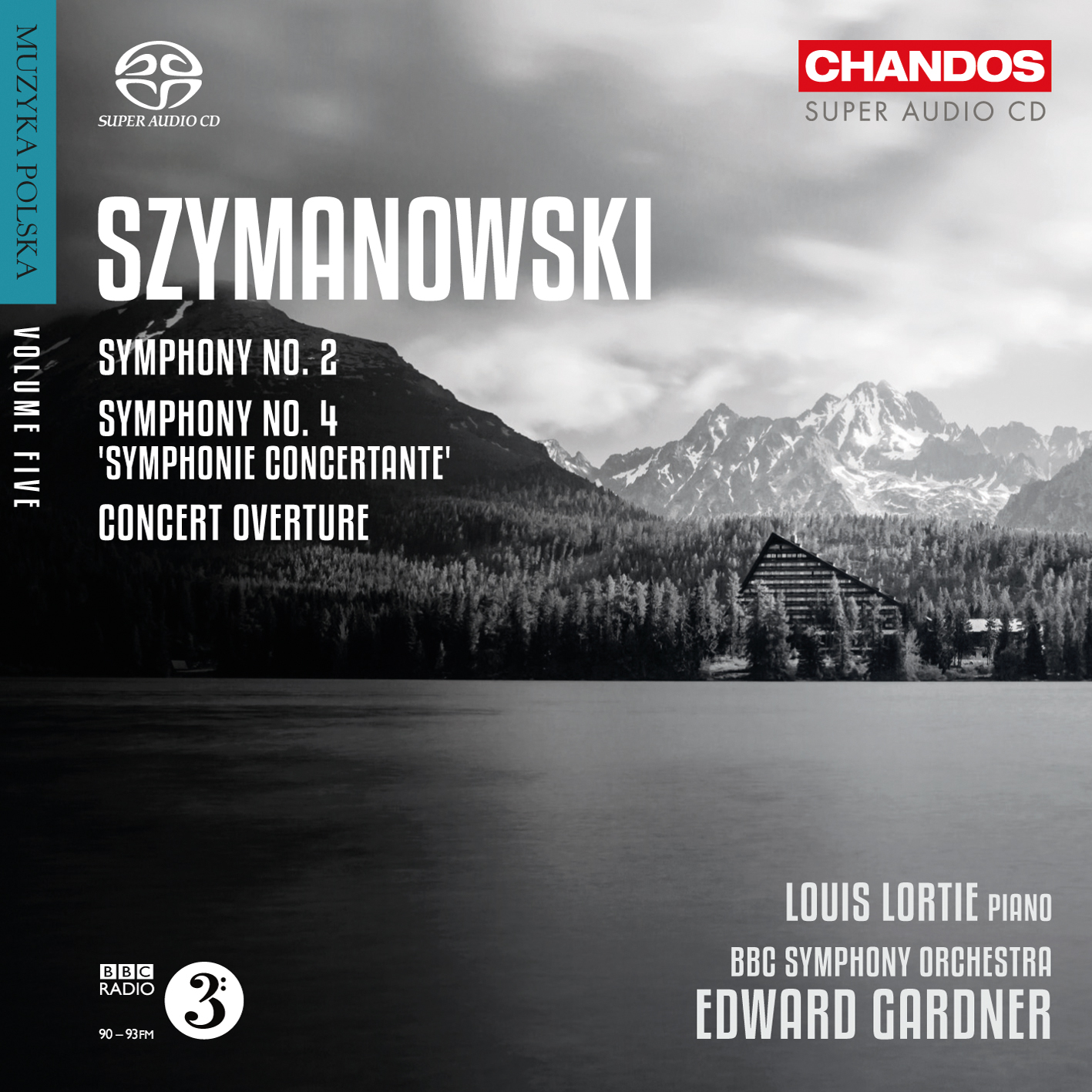 This recording of orchestral works by Karol Szymanowski form part of the Polish Music series on Chandos, and is performed by the BBC Symphony Orchestra and Edward Gardner. These performers have impressed in their Lutoslawski survey, which is part of the same series; in a review of volume 1, Gramophone described them as a veritable ‘dream team’.

Symphony No. 2 by Szymanowski is a work of great power and ingenuity, with many passionate and varied contrasts in its use of solo instruments. Composed in 1909 – 10, it is widely considered the greatest orchestral work of the composer’s early period, not to mention one of the most important Polish symphonic compositions to date. Szymanowski himself thought very highly of it, and in August 1911 wrote in a letter to his fellow Polish composer Zdzislaw Jachimecki: ‘How happy I am that this Symphony impressed you as I had wanted. I will frankly admit that I feel somewhat proud about its value. In some miraculous way I have managed during my work on it to resist all those garish phantoms which seduce “young and inexperienced” artists and to produce pure and uncompromising beauty in the way I personally understand it.’

The internationally acclaimed pianist Louis Lortie joins the orchestra and conductor in Symphony No. 4 of 1932, which the composer subtitled ‘Symphonie concertante’ in recognition of the near-soloistic role played by the pianist. Whereas Szymanowski’s early and middle works clearly reflect Wagner, Strauss, and Scriabin, this work is strongly influenced by Prokofiev, particularly in the finale, an agitated and daring movement reminiscent of the Russian composer’s Piano Concerto No. 3, composed about a decade earlier.

Written in 1904 – 05 in a style recalling Wagner and Strauss, the Concert Overture is characterised by enormous expressiveness and gusto in the way it handles the expanding themes. Szymanowski inscribed the original score with part of the poem Witez Wlast by his friend Tadeusz Micinski: ‘I will not play you sad songs, O Shades! but will give you a triumph proud and fierce…’. This vivid imagery is perfectly in keeping with the music’s exuberant and vivacious character.