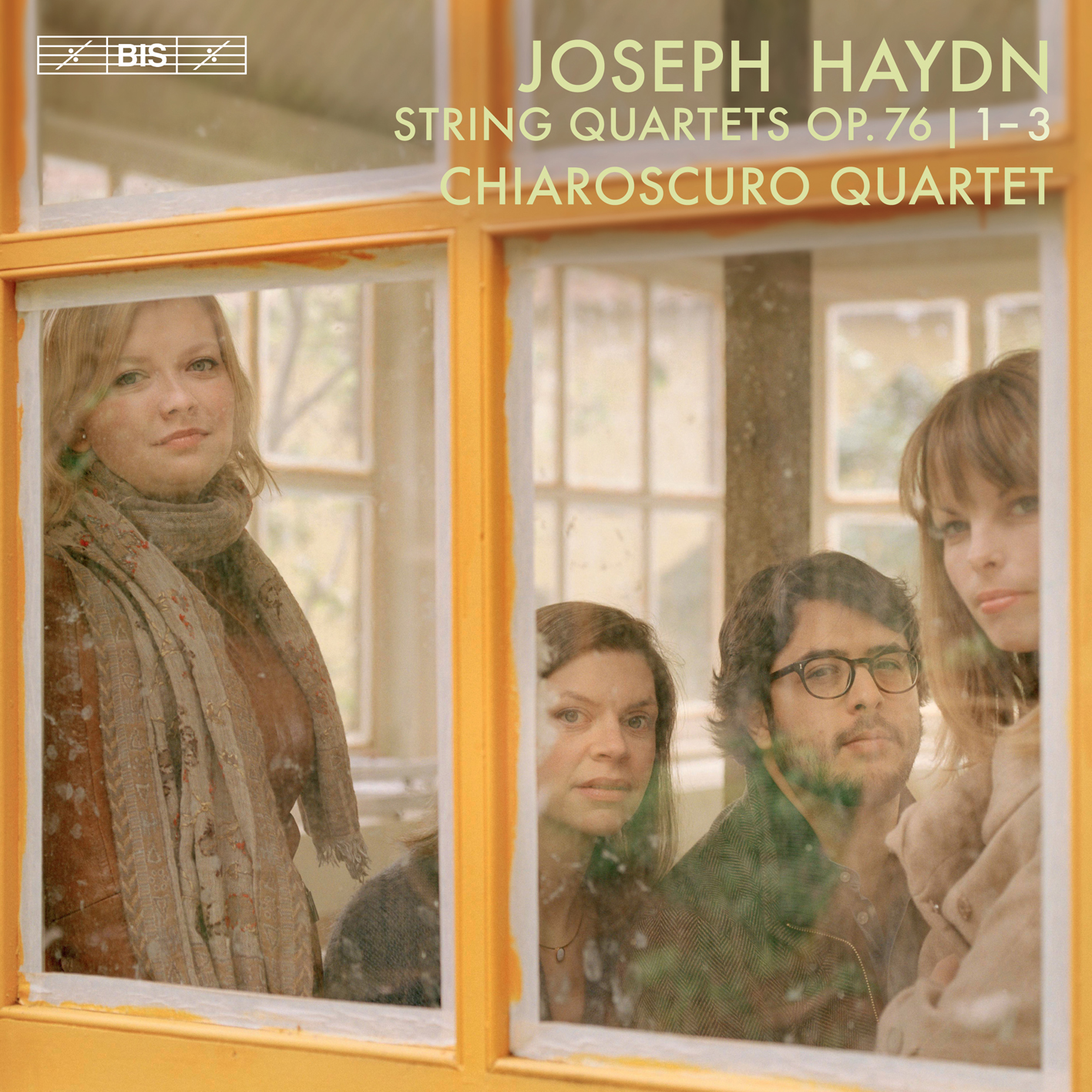 The Chiaroscuro Quartet was formed in 2005 by the violinists Alina Ibragimova (Russia) and Pablo Hernán Benedí (Spain), the Swedish violist Emilie Hörnlund and cellist Claire Thirion from France. The Chiaroscuro Quartet made their first appearance on BIS with acclaimed recordings of Joseph Haydn’s Sun Quartets, Op. 20, described in The Strad as ‘period-instrument performances of the utmost subtlety and refinement’. The Op. 20 quartets are widely regarded as a mile-stone in the history of the genre. When Chiaroscuros now return to Haydn, it is with his last complete set of quartets, begun in 1796 when he was 64 years old.

The Six String Quartets, Op. 76, form one of the most renowned of Haydn’s sets of quartets, and carry the stamp of their maker: No other set of eighteenth-century string quartets is so diverse, or so unconcerned with the norms of the time. In the words of Haydn’s friend and contemporary Charles Burney ‘they are full of invention, fire, good taste and new effects’. On the present disc, the first of two, we hear the first three quartets, including the ‘Fifths’ quartet (No. 2) so named after the falling perfect fifths with which it begins. The most famous of the set – and possibly of all Haydn quartets – is No. 3, however: the ‘Emperor’ quartet with its second movement: a set of variations on the ‘Kaiserlied’ which Haydn had recently composed to the greater glory of the Austrian Emperor Franz II.

The Haydn performances of the Chiaroscuro Quartet are not the first ones to have had a historical orientation (gut strings, period bows, heavily restricted vibrato), but the group perhaps takes the possibilities of the authentic performance group further than others have. True to the ensemble’s name, the players employ the percussive attacks and the edgy high register to produce big contrasts, seeing in these late Haydn works not a mature summing-up of his career but a restless exploration of new realms. Listeners who want a dose of gentility from their Haydn may wish to sample carefully here. The set of variations in Op. 76, No. 3 containing the tune that became the Austrian national hymn may lack a certain level of sentiment, but the Chiaroscuro has absolutely no problem creating a distinctive group of Op. 76 quartets among all of the dozens of versions of these pieces on the market. The key to the success of the group’s performances is that they do not lose Haydn’s humor even as they amp up the energy. This is the quality without which a Haydn quartet performance cannot survive, and it is here in abundance in passages like that involving the lone high note in the finale of the String Quartet in D minor, Op. 76, No. 2. That quartet, with its Andante that sounds like a minuet and its stormy actual minuet, is especially suited to the Chiaroscuro’s sound, but the whole thing is absorbing and is enhanced by fine Sendesaal Bremen sound.