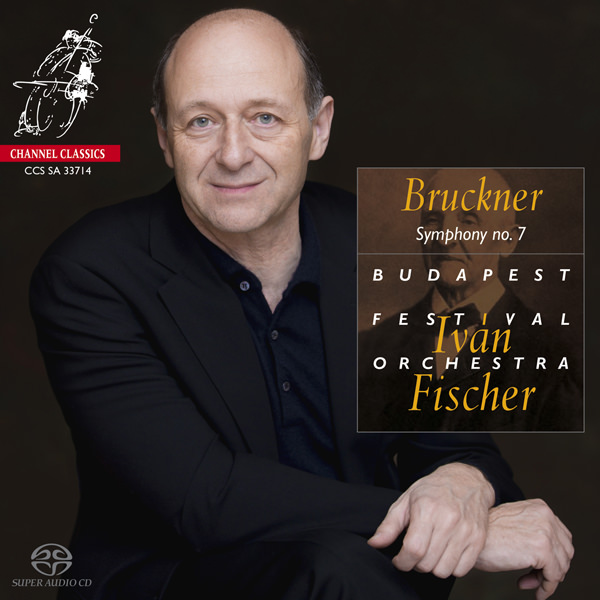 In his time, Bruckner was understood and admired only within a small circle, a handful of advocates of his music, both pupils andWagnerites. As Bruckner worked on the Adagio, the emotional heart of the Seventh Symphony, he heard news of the death of his idol RichardWagner, and instantly decided to dedicate it to his remembrance.

This Symphony brought the composer’s breakthrough in 1885, and until today it has remained the most frequently performed of Bruckner’s nine symphonies. “Bruckner is the saint, the tzadik, the bodhisattva, the guru among composers. He is the purest and most capable of religious ecstasy. Everything is seen with the clearest vision, built to majestic proportions and felt with deepest emotions. The first melody commences as if it were the purest ever written. But soon the notes of a simple E major triad of divine simplicity give way to a chromatic search surrounding the dominant note “B” with a deeply felt human desire. The melody seems to find its calm cadence, but it leaps up again, three times, aiming to attain yet higher ecstasy. And this is only the start..” Iván Fischer

Iván Fischer is founder and Music Director of the Budapest Festival Orchestra. This partnership has become one of the greatest success stories in the past 25 years of classical music. Intense international touring and a series of acclaimed recordings for Philips Classics, later for Channel Classics have contributed to Iván Fischer’s reputation as one of the world’s most visionary and successful orchestra leaders.

Iván Fischer and the Budapest Festival Orchestra have recorded a series of exceptional audiophile recordings for Channel Classics, focusing on orchestral works of the late 19th and early 20th centuries. This is their first foray into the symphonies of Anton Bruckner, and the choice of the Symphony No. 7 in E major is sure to be popular, since this is a perennial favorite with audiences. Fischer’s approach is straightforward and uncontroversial, and he observes tempos that are only a shade slower than usual, while applying a healthy amount of rubato to give the pacing some welcome flexibility. But the outstanding characteristic of this performance is the strong emphasis on the counterpoint, and Fischer is careful to bring out the secondary and tertiary parts that some conductors tend to mute or simply overlook. Because Bruckner’s lines are clarified and the orchestral textures are skillfully balanced, this Seventh is remarkably transparent and organic, and the music’s tension actually grows from the counterpoint, instead of being imposed by interpretation. The DSD recording and the hybrid SACD format contribute greatly to the recording’s success, giving the orchestra’s sonorities clear separation in the multichannel reproduction and creating dimensions that are breathtaking in their spaciousness. –AllMusic Review by Blair Sanderson