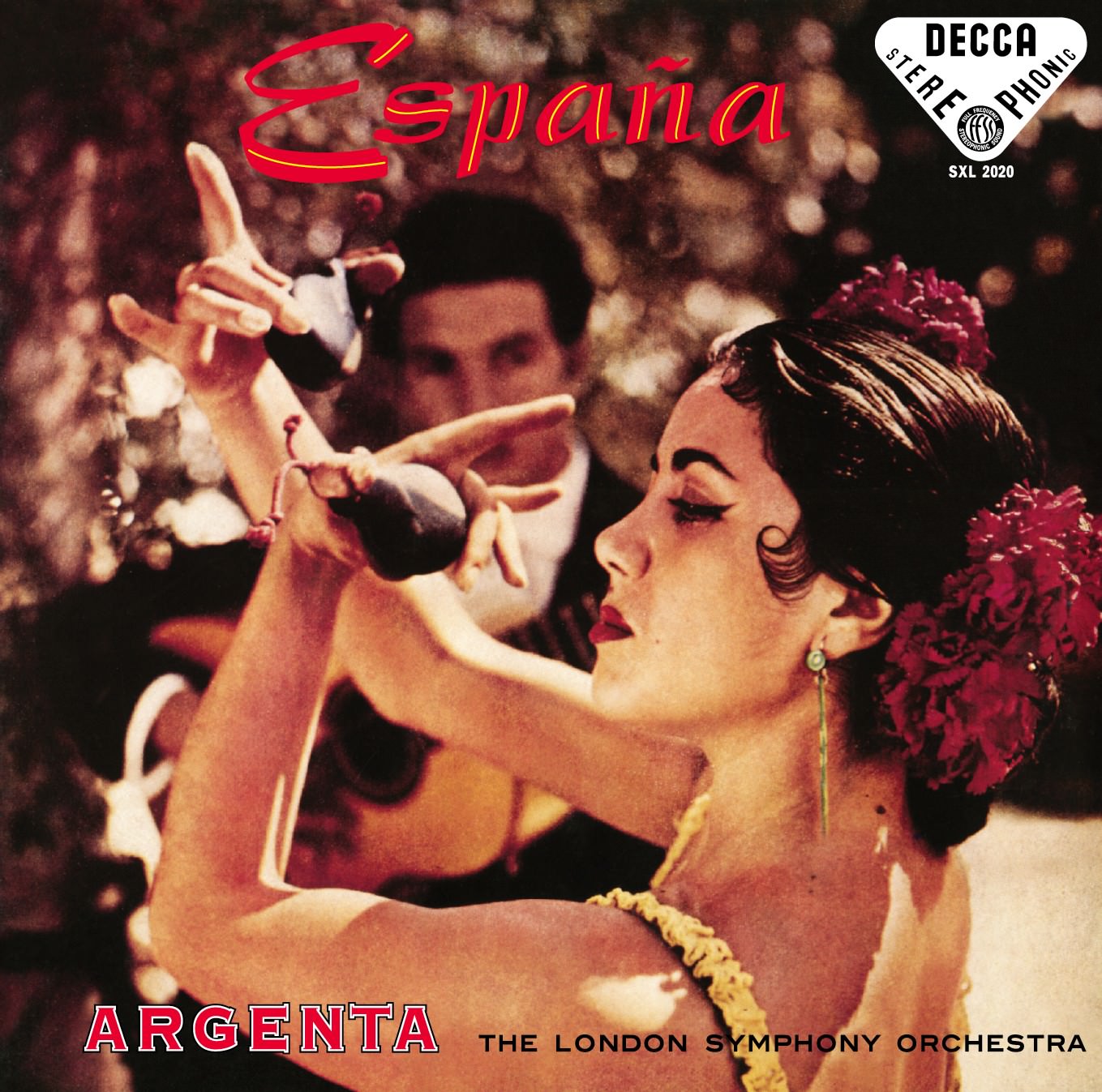 Most classical devotees know that Espana! features legendary Spanish conductor Ataulfo Argenta leading the London Symphony Orchestra in a program of so-called “Spanish” blockbusters. But, ironically, only one piece is penned by a Spanish composer (Granados, “Danza Espanola”) while the others are by a Russian (Rimsky Korsakov, “Capriccio Espagnol”), German (Moszkowski, “5 Spanish Dances”), and Frenchman (Chabrier, “España”). The original LP version was initially issued in the United States as one of the index recordings of London Records’ vaunted “blueback” series, known for its demonstration-quality sound.

Ataúlfo Argenta was a very talented conductor whose career was tragically cut short as a result of carbon monoxide poisoning–he was discovered in his garage with his car engine running. His recordings always have been prized by collectors, and include a fine Berlioz Symphonie fantastique, as well as this disc, a collection that combines the contents of two LPs. Debussy’s Images receives a thoroughly idiomatic reading, which is only to be expected from the same orchestra that Ernest Ansermet had trained and with which he recorded this very music a couple of years previously. But Argenta’s ability really stands out in the couplings, in which he coaxes some fine playing from a London Symphony Orchestra that was, in 1957, in the midst of its most slovenly period. His Rimsky-Korsakov Capriccio espagnol might not have quite the pizzazz of Bernstein’s, but it’s elegant and exciting by turns, and his Chabrier ranks with the best. Although already reissued in Decca’s “Classic Sound” series, this re-remastering at least means that the disc will remain available for a while longer. Buy it while you can.