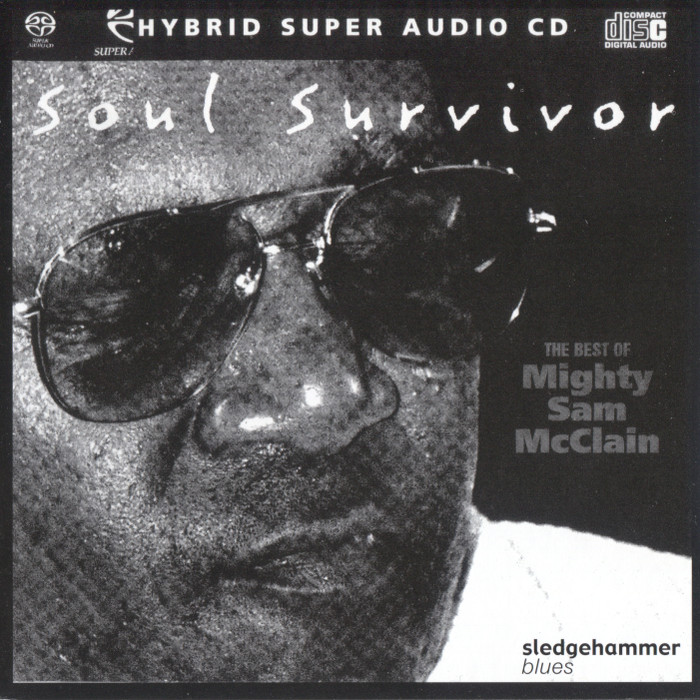 As much a soul singer as a bluesman, Sam McClain writes songs that are emotional and very personal. McClain has a powerful voice not unlike Otis Redding’s or Bobby “Blue” Bland’s. The strongest material here is on the second half of the 13-track CD, including the organ-propelled “What You Want Me To Do,” the fast-paced and previously unreleased “I’m Gonna Love You,” and the soul-blues tune “When The Hurt Is Over.”
The title Soul Survivor befits the 58-year-old McClain, who has certainly earned the right to sing the blues. Kicked out of his Monroe, Louisiana, home by a jealous stepfather when he was 13, young Sam hooked up with a local R&B band before earning his big break, a recording session produced by a Florida deejay. That session spawned the vocalist’s only hit, a gospel-inflected version of Patsy Cline’s “Sweet Dreams.” Unfortunately the singer’s career quickly fizzled, and he was forced to clean floors in Memphis, sell his blood in New Orleans, and live on the streets. After recovering from alcoholism, McClain was re-discovered in New Orleans, where he recorded two albums for the Orleans label before moving on to Audioquest.
McClain is supported here by sophisticated horns, Bruce Katz’s versatile B-3 and piano stylings, Kevin Barry’s hot guitar, and a tasteful rhythm section. Sam McClain has recently found religion, and though his lyrics reflect his faith, they are seldom preachy. Besides his religious beliefs, McClain sings passionately about love and survival.
If you dig 60’s-style Southern soul or slow, heartfelt blues, Soul Survivor is well worth buying.