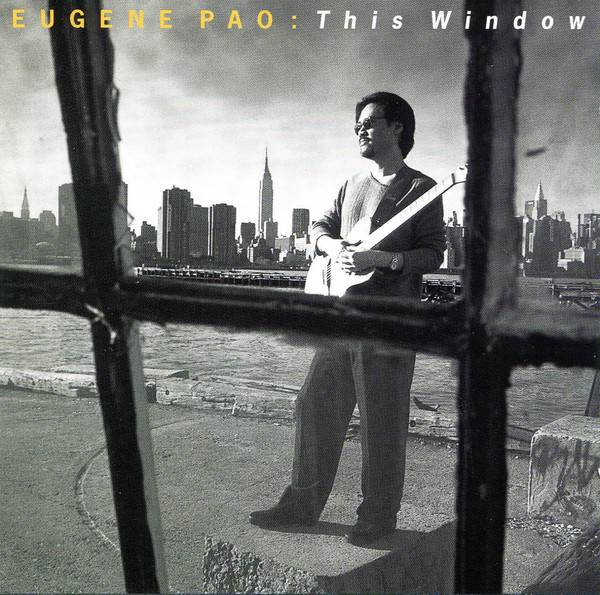 Eugene Pao is Hong Kong’s most publicly recognized jazz musician and his name is synonymous with jazz in the city. Such reputation cannot be more deserving as Eugene has been at the vanguard of promoting jazz in the territory through his performances and recordings over the last twenty plus years. In 1999, Eugene released This Window another outstanding album, record on which he penned half of the tunes, with the support of Jack DeJohnette, bassist Marc Johnson and pianist Joey Calderazzo.

Hong Kong first discovered its own guitar hero in the mid 1980’s when Eugene returned from studies in the U.S. and began playing around town. Recognition came early from leading international jazz musicians. Some of his early recordings featured such legends as bassist Eddie Gomez, blues great Jimmy Witherspoon and saxophonist Michael Brecker. He went to the U.S. to make his first solo album in 1996 called By The Company You Keep with a stellar cast of Jazz greats, drummer Jack DeJonette bassist John Patitucci and Michael Brecker again on saxophone. In 1999, Eugene released This Window another outstanding album record in the U.S., on which he penned half of the tunes, with the support of Jack DeJohnette, bassist Marc Johnson and pianist Joey Calderazzo. In 2001, Eugene traveled to Europe and recorded a set of beautiful, lyrical standards with the Mads Vinding Trio from Denmark called Pao. In 2004 he released Naked Time, a fiery 1994 recording with Brecker, James Genus, Dan Gottlieb, Jeff Andrews, Manolo Badrena and compatriot Ted Lo. Getting the old music out to his appreciative following left him free to focus on the future. In 2005, Eugene Pao Project was released, a multi-media DVD concept filmed without an audience at Hong Kong’s Academy For The Performing Arts, featuring top Asian musicians and mixed in 5.1 surround sound. In 2006, Eugene was invited to form the Asian Super Guitar Project with two other guitarists, Kazumi Watanabe from Japan and Jack Lee from Korea, a guitar trio unique in its genre gathering and mixing differences of cultures, influences, politics and religion from three Asian countries, Japan, China and Korea. They got together in the summer of 2006 and made a record entitled Guitar Sam Guk Ji and toured around Asia throughout 2007. Early 2008 Eugene was invited by The Hong Kong Trade & Economic Office to perform on a 9 city European tour to promote Hong Kong as their jazz ambassador. In 2009 They invite him back again to perform in London. In 2010 He joined the Asian All Stars Power Jazz Quartet with 3 other top jazz musicians from Asia. They released a live CD in 2011 and have toured all over Asia. In 2012 the Asian all Stars Power Quartet was invited to perform at the prestigious London Jazz Festival and received a great review from allaboutjazz.com.

Jazz greats with whom he has performed on stage over the years include Chick Corea, Herbie Hancock, McCoy Tyner, Terumasa Hino, Freddie Hubbard, Bob Berg , Jackie McClean, Joe Pass, Ulf Wakenius, Ernie Watts, Martin Taylor, James Moody, Bill Bruford, Jeff Berlin, Stu Hamm, Bobby McFerrin, Russell Ferrante, Eric Marienthal, Richard Galiano and many more. Over the last two decades, Eugene Pao has truly established himself as Hong Kong’s premier jazz guitarist. He continues to travel the world for performances at international jazz festivals, concert halls and jazz clubs, and to take part in select recording projects. As a composer, He had contributed to countless TV commercials, and his film soundtracks have been nominated for best original score at the HK Film Awards. Recently Esquire Magazine featured him on the cover as one of the 20 most influential men on their 20th Anniversary Issue.