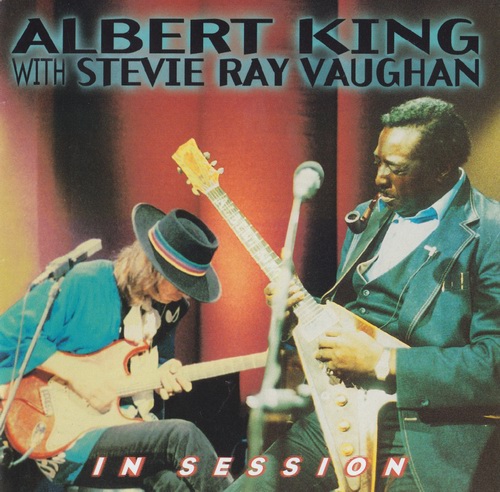 Recorded in December 1983, In Session captures an in-concert jam between Albert King and Stevie Ray Vaughan, the latter of whom had become the hot blues guitarist of the year thanks to his debut Texas Flood, as well as his work on David Bowie’s hit Let’s Dance. Vaughan may have been the new news, but King was not suffering, either. He had a world-class supporting band and was playing as well as he ever had. In other words, the stage was set for a fiery, exciting concert and that’s exactly what they delivered. Vaughan was clearly influenced by King — there are King licks all over his first two recorded efforts, and it was an influence that stayed with him to the end — and he was unafraid to go toe-to-toe with his idol. King must have been impressed, since In Session never devolves into a mere cutting contest. Instead, each musicians spurs the other to greater heights. For aficionados of either guitarist, that means the album isn’t just worth a listen — it means that it’s a record that sounds as exciting on each subsequent listen as does the first time through.

This is no guitar shootout, it’s a meeting of a mutual admiration society. In an inspired pairing for a Canadian television special, the young Stevie Ray Vaughan met his idol and model Albert King to jam on the blues. Vaughan, whom King remembered from Austin as Little Stevie, could have used his phenomenal technique to bury the old man. Instead, he expressed his respect in restrained, worshipful playing that made for a perfect match. Because of his unmistakable licks, King was one of the most imitated of all blues guitarists, and Vaughan made King’s style a foundation of his playing. Still, as Vaughan makes forcefully clear at King’s urging, he also had a big helping of Jimi Hendrix on his plate. King’s inimitable singing makes this good get-together a must not just for guitar afficionados, but for all blues lovers. The excellent sound is enhanced in the Super Audio Compact Disc format.