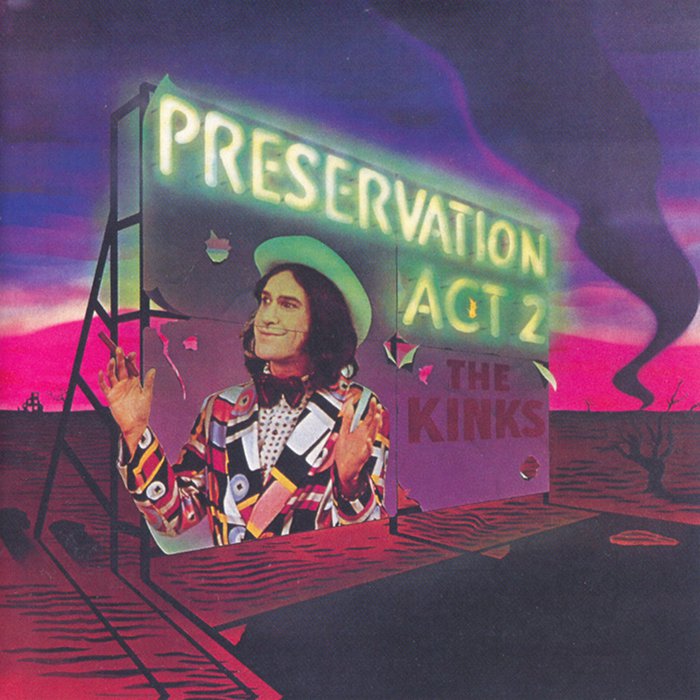 Ray Davies released the “song” songs from Preservation — the character sketches, the wry observations, the lovely ballads — on the first record (or “Act”) of the musical drama, leaving the narrative for Preservation, Act 2, a double album released six months after its companion. Simply put, the record is a mess, an impenetrable jumble of story, theater, instrumentals, “announcements,” unfinished ideas, guest singers, and, on occasion, a song or two. There may have been a workable theatrical production hidden somewhere in Preservation, but it was utterly lost on record (reportedly it was better live), due in no small part to how it was unevenly divided, a practice that revealed Davies’ lack of realized songs for the project, plus his unfinished story. It was later revealed that Ray was at the end of his rope during the making of Preservation — he would have a breakdown during its supporting tour — so, perhaps it shouldn’t be a surprise that the album doesn’t work on its own. Nevertheless, it is remarkable that he was in such a fog, that he didn’t realize that “Slum Kids,” a staple in the Preservation shows and a concert favorite throughout the ’70s, was the best rocker he penned for the project and left it off both records. Thankfully, it was added as a bonus track to VelVel’s 1999 reissue of the album, improving the quality of the album considerably. The single version of “Mirror of Love” was added as a second bonus track to this edition, as well.  ~~ AllMusic Review by Stephen Thomas Erlewine