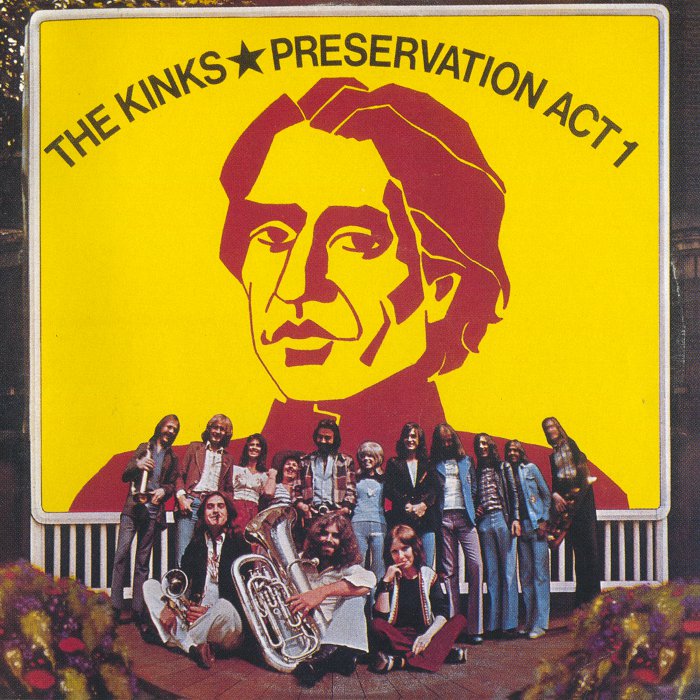 Originally intended as a more thematic rendering of the characters and themes of The Village Green Preservation Society, Preservation Act 1 fails to realize Ray Davies’ ambitious goal of marrying theatrical elements with rock. Cutting down from a double album to a single LP left significant gaps in the structure and story line, with the plot coming across as virtually indecipherable, though the work still manages to capture a good deal of the nostalgic charm and caustic conservatism that marks much of Davies’ most notable work. Although widely remembered as one of the Kinks’ most resounding failures, Preservation Act 1, when viewed apart from the pretensions of Ray Davies, is really not that weak. While it may not work as a cohesive concept album, when taken on a track by track basis, some truly outstanding songs float to the top. No doubt, “Sweet Lady Genevieve” would not be out of place on an album like Something Else, just as the Dylanesque phrasing of “Where Are They Now?” or the brass section of “Cricket” would not be all that out of place on Muswell Hillbillies. The muscular, straightforward rock of “One of the Survivors” and the Beatles-circa-Abbey Road pop of “Money & Corruption/I Am Your Man” are decent, despite being second-tier Davies compositions. The low points, while rarely embarrassing, sound something like psychedelic show tunes and are plagued by a lack of focus and some of Davies’ less poetic musings. This may have been the first slip on a long and steady decline for the Kinks, but if Preservation Act 1 is, indeed, one of their worst albums, it speaks volumes about how prolific a run they had. ~~ AllMusic Review by Matt Fink