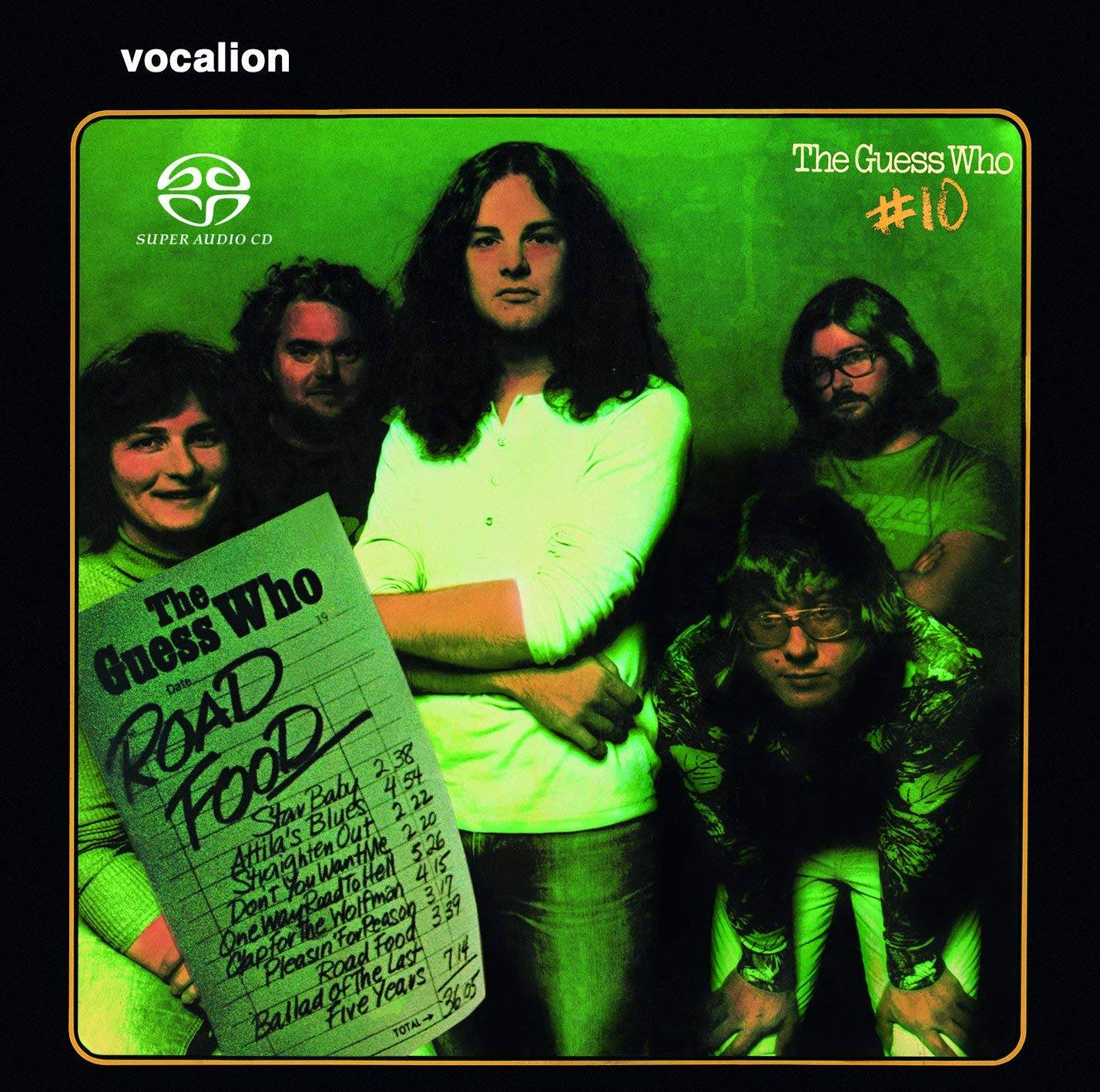 Canadian rock trailblazers The Guess Who are spotlighted on a disc that unites arguably their two finest latter-era albums, 1973’s #10 and 1974’s Road Food.

Recorded in the immediate wake of Artificial Paradise’s disappointment (and released just five months later), #10 acts as something of a diary for how the group was feeling at the time, chronicling their collective exhaustion, disappointment and frustration. In contrast to its weary lyrical tone however, #10 finds a band at its peak both instrumentally and vocally, battle-hardened from nearly a year of relentless touring. From tracks like the frenetic Musicione (a remarkable combination of searing lead guitar and gorgeous vocal harmonies) and the epic rocker Cardboard Empire to country-inflected gems like Lie Down and Take It Off My Shoulders, #10 boasts a depth in both songwriting and playing that the band’s earlier pop hits would struggle to match.

Released in April 1974, Road Food covered many of the same topics as #10, but it also showed a realisation amongst the band that it didn’t have to entirely abandon its AM pop roots in pursuit of FM album credibility. The result was not only a more varied album, but also a more commercially successful one. The album’s first single, Star Baby, was a moderate hit, and its second single, Clap for The Wolfman (featuring a vocal cameo from legendary DJ Wolfman Jack) reached No. 6 in the US charts, making it the group’s first US Top 10 hit since 1970. Counterbalancing the album’s radio-friendly singles are some of the band’s best deeper album tracks, from the ominous One Way Road to Hell to the barbershop-meets-jazz (with a twist) of Straighten Out to the epic seven-minute album closer, The Ballad of The Last Five Years.