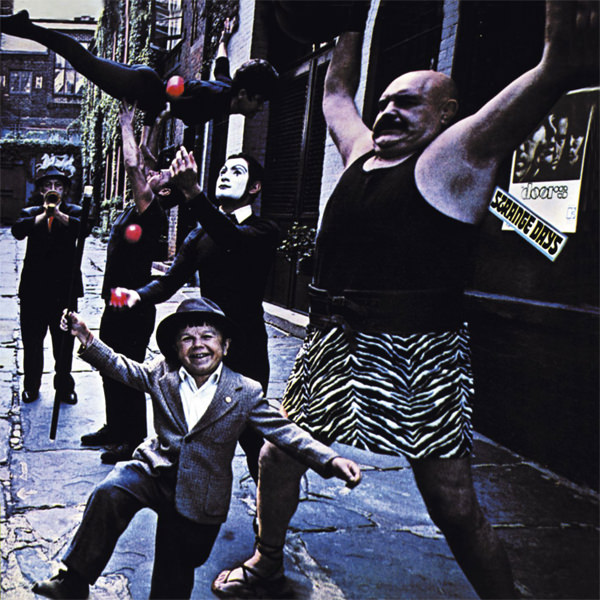 Sinister, beguiling … these were words reviewers used to describe The Door’s melodic psychedelic-era genre-blending sound. A mix of blues, Eastern music, classical and pop fueled hits such as the bluesy “Love Me Two Times” and “People Are Strange” from The Door’s debut follow-up, Strange Days.

Strange Days featured a smattering of edgy recitations (“Horse Latitudes”) and smoky rockers (“My Eyes Have Seen You”). Morrison’s rallying cry “We want the world, and we want it now!” from the ambitious extended track, “When the Music’s Over,” marked a touchstone for that era’s counterculture movement. Rolling Stone described Strange Days as having “all the power and energy of the first LP, but (it’s) more subtle, more intricate and much more effective.”

Analogue Productions and Quality Record Pressings are proud to announce that these six studio LP titles — The Doors, Strange Days, Waiting For The Sun, Soft Parade, Morrison Hotel and L.A. Woman — are featured on 200-gram vinyl, pressed at 45 rpm. All six titles are also available on Hybrid Multichannel SACD! All were cut from the original analog masters by Doug Sax, with the exception of The Doors, which was made from the best analog tape copy.

A truly authentic reissue project, the masters were recorded on tube equipment, and the tape machine used for the transfer of these releases is a tube machine, as is the cutting system. Tubes baby!
Many of the songs on Strange Days had been written around the same time as the ones that appeared on The Doors, and with hindsight one has the sense that the best of the batch had already been cherry picked for the debut album. For that reason, the band’s second effort isn’t as consistently stunning as their debut, though overall it’s a very successful continuation of the themes of their classic album. Besides the hit “Strange Days,” highlights included the funky “Moonlight Drive,” the eerie “You’re Lost Little Girl,” and the jerkily rhythmic “Love Me Two Times,” which gave the band a small chart single. “My Eyes Have Seen You” and “I Can’t See Your Face in My Mind” are minor but pleasing entries in the group’s repertoire that share a subdued Eastern psychedelic air. The 11-minute “When the Music’s Over” would often be featured as a live showstopper, yet it also illustrated their tendency to occasionally slip into drawn-out bombast. –AllMusic Review by Richie Unterberger