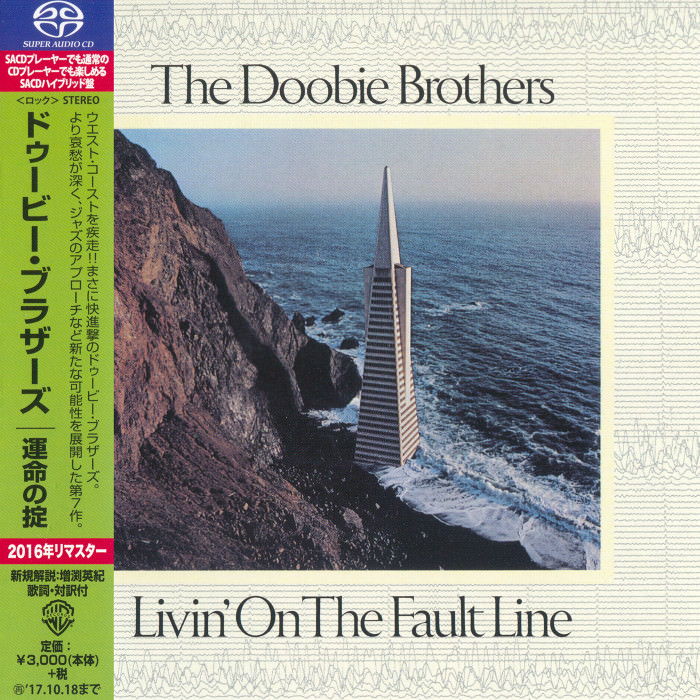 Livin’ on the Fault Line fell between two of the Doobie Brothers’ biggest-selling records. The album had no hit singles, and one-time leader Tom Johnston kept a markedly low profile (this would be his last record with the group, not including a later reunion). Despite this, Livin’ on the Fault Line contains some of the most challenging and well-developed music of the band’s career, with Patrick Simmons and Michael McDonald really stepping to the fore. There’s a vague mood of melancholia running through the songs, as well as a definite jazz influence. This is most obvious on the title track, which has several instrumental passages that showcase the guitar abilities of Simmons and Jeff Baxter. Similarly, “Chinatown” is a spooky mood piece not unlike the smooth fusion of late-period Steely Dan or Little Feat. But “Echoes of Love” and “Nothin’ But a Heartache” are both intelligent, glistening pop songs that confirm Simmons and McDonald as first-rate tunesmiths. The record slips a little at the end, with a plodding R&B song and a Piedmont guitar instrumental thrown in as filler. Overall, though, this is a chapter in the Doobie Brothers’ history that deserves a second look.