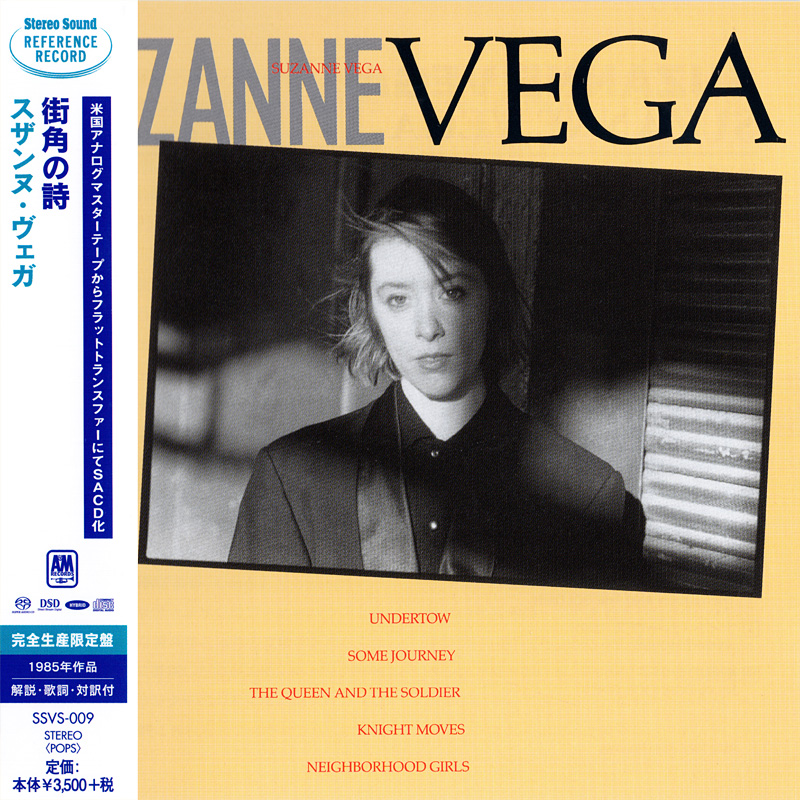 Suzanne Vega is the self-titled debut album by Suzanne Vega. It was well-received by music journalists in the U.S. and reached platinum status in the United Kingdom. Produced by Lenny Kaye and Steve Addabbo, the songs feature Vega’s acoustic guitar in straightforward arrangements. In 1989, Rolling Stone magazine listed Suzanne Vega at number 80 on its “100 Best Albums of the Eighties”. It is also mentioned in the book 1001 Albums You Must Hear Before You Die.

Though early comparisons were made to Joni Mitchell, Suzanne Vega’s true antecedents were Janis Ian and Leonard Cohen. Like Ian, she sings with a precise, frequently half-spoken phrasing that gives her lyrics an intensity that seems to suggest an unsteady control consciously held over emotional chaos. Like Cohen, Vega observes the world in poetic metaphor, her cold urban landscapes reflecting a troubled sense of love and loss. The key track is “Small Blue Thing,” in which the singer pictures herself as an object “Like a marble/or an eye,” “made of china/made of glass,” “lost inside your pocket,” and “turning in your hand.” The sharply picked acoustic guitar and other isolated musical elements echo the closely observed scenes – everything seems to be in tight close-up and sharp focus. Often, the singer seems to be using the songs to measure an emotional distance; sometimes, as in “Marlene on the Wall,” she observes her own actions from a remove. In “Freeze Tag,” she tells a companion, “I will be Dietrich/and you can be Dean”; in “Marlene,” a poster of the aloof movie star “watches from the wall,” observing the singer’s succession of lovers, and she tries to emulate her heroine’s persona, telling the current one, “Even if I am in love with you/all this to say, what’s it to you?” The ten songs on Suzanne Vega constitute the self-analysis of a young woman who desires possession without offering commitment; no wonder that, upon its release, it was taken to heart by young women across the country and in Europe.