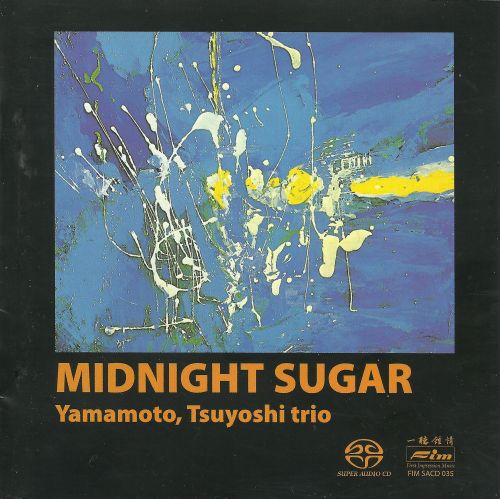 Touring with the Micky Curtis Band, Yamamoto had the chance to explore several international experiences that he would later use on this album as he worked with this band in France, England and Switzerland. On this SACD, the Tsuyoshi Yamamoto Trio plays two of Tsuyoshi’s own blues improvisations followed by jazz ballads that became standards for the trio. Yamamoto’s skill and his jazz feeling adds that certain touch of liveliness and spontaneity and makes Midnight Sugar a unique experience. Available for the first time on the SACD format, this features latest CD technology developed by Sony.

Tracklist
1. Midnight Sugar
2. I’m a Fool to Want You
3. Nearness of You
4. It Could Happen to You
5. Sweet Georgia Blues