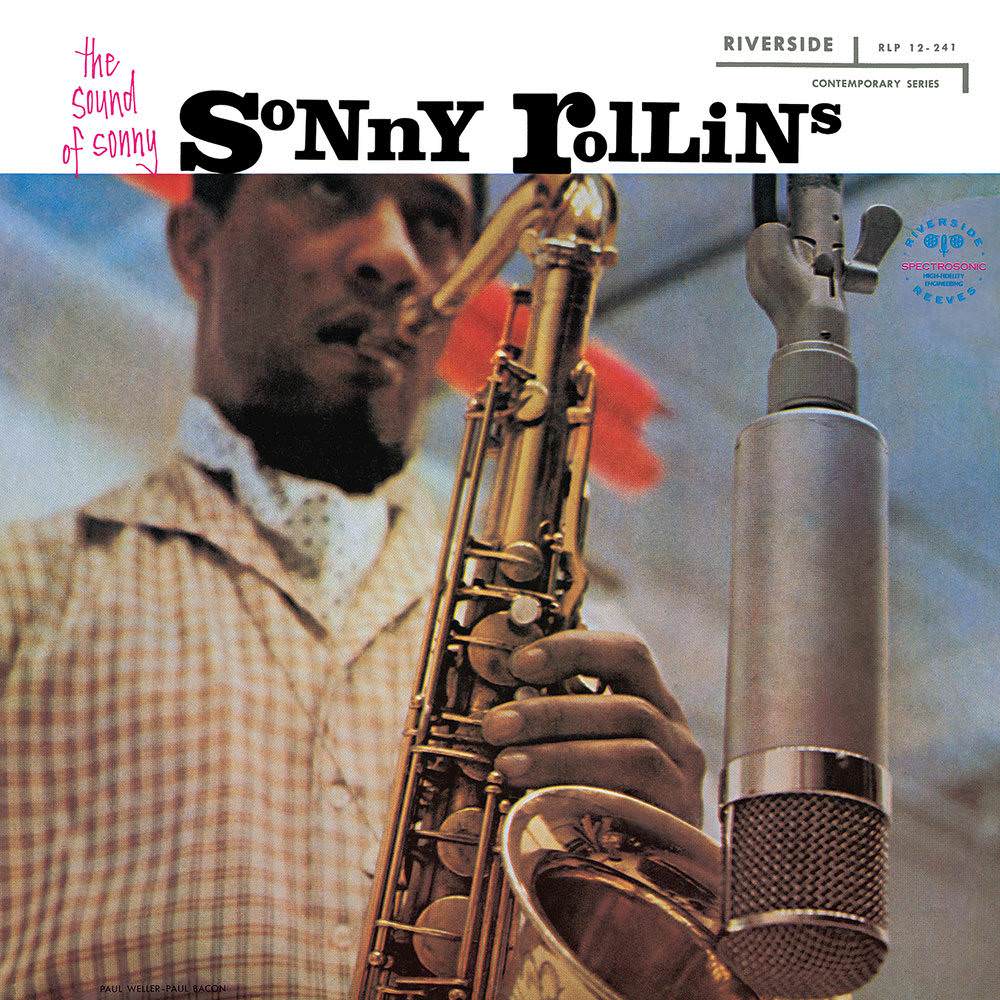 Sonny Rollins made his debut for the Riverside label with this album, recorded and released in 1957, the same year he was named New Star of the tenor saxophone by the critics of DownBeat. Rollins is surrounded by top names, including pianist Sonny Clark, bassists Percy Heath and Paul Chambers and drummer Roy Haynes on a programme of covers and standards, with one original Rollins song.

A new phase in Sonny Rollins’ career began in 1957. He started what was at the time an almost blasphemous trend of recording for a number of different labels. His pioneering spirit yielded a few genre-defining albums, including this disc. His performances were also at a peak during 1957 as Down Beat magazine proclaimed him the Critics’ Poll winner under the category of “New Star” of the tenor saxophone. This newfound freedom can be heard throughout the innovations on The Sound of Sonny. Not only are Rollins’ fluid solos reaching newly obtained zeniths of melodic brilliance, but he has also begun experimenting with alterations in the personnel from tune to tune. Most evident on this platter is “The Last Time I Saw Paris” – which is piano-less – and most stunning of all is Rollins’ unaccompanied tenor solo performance on “It Could Happen to You.” Indeed, this rendering of the Jimmy Van Heusen standard is the highlight of the disc. That isn’t to say that the interaction between Sonny Clark (piano), Roy Haynes (drums), and bassists Percy Heath and Paul Chambers – who is featured on “The Last Time I Saw Paris” and “What Is There to Say” – is not top-shelf. Arguably, it is Rollins and Heath – the latter, incidentally, makes his East Coast debut on this album – who set the ambience for The Sound of Sonny. There is an instinctually pervasive nature as they weave into and back out of each others’ melody lines, only to emerge with a solo that liberates the structure of the mostly pop standards. This is a key component in understanding the multiplicities beginning to surface in Rollins’ highly underappreciated smooth bop style.