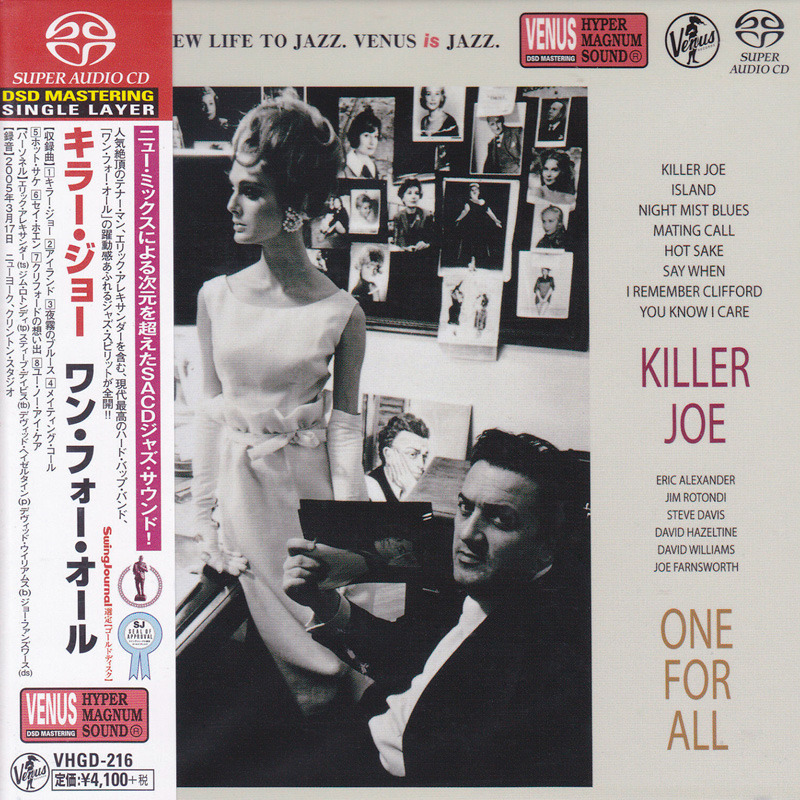 Known for their hard-bop style of jazz, the sextet One For All was formed in 1997 and features Eric Alexander (tenor saxophone), Jim Rotondi (trumpet), Steve Davis (trombone), David Hazeltine (piano), David Williams (bass) and Joe Farnsworth (drums). The group has been compared to 1960s-era Blue Note jazz and Art Blakey’s Jazz Messengers, and borrowed the name One For All from the Jazz Messengers’ last album. Jazz Times’ critic David Adler has called One For All “New York’s premier hard-bop supergroup”.

One for All has developed into one of the solid hard bop units, consisting of six talented New York-based musicians, most of whom have recorded a fair amount as individual leaders. With tenor saxophonist Eric Alexander, trombonist Steve Davis, and trumpeter Jim Rotundi in the front line, along with pianist David Hazeltine, bassist David Williams, and drummer Joe Farnsworth providing a great rhythm section, the sextet delves into decades-old gems like “Killer Joe,” “Mating Call,” and “I Remember Clifford” with authority. But such a band needs to come up with original material to stay fresh, so Alexander contributed the mellow, sauntering ballad “Island,” which features superb interplay among the horns. Davis penned the driving”Hot Sake,” which sounds like it would have been perfect fodder for Art Blakey’s Jazz Messengers, or any hard bop band. Recommended.