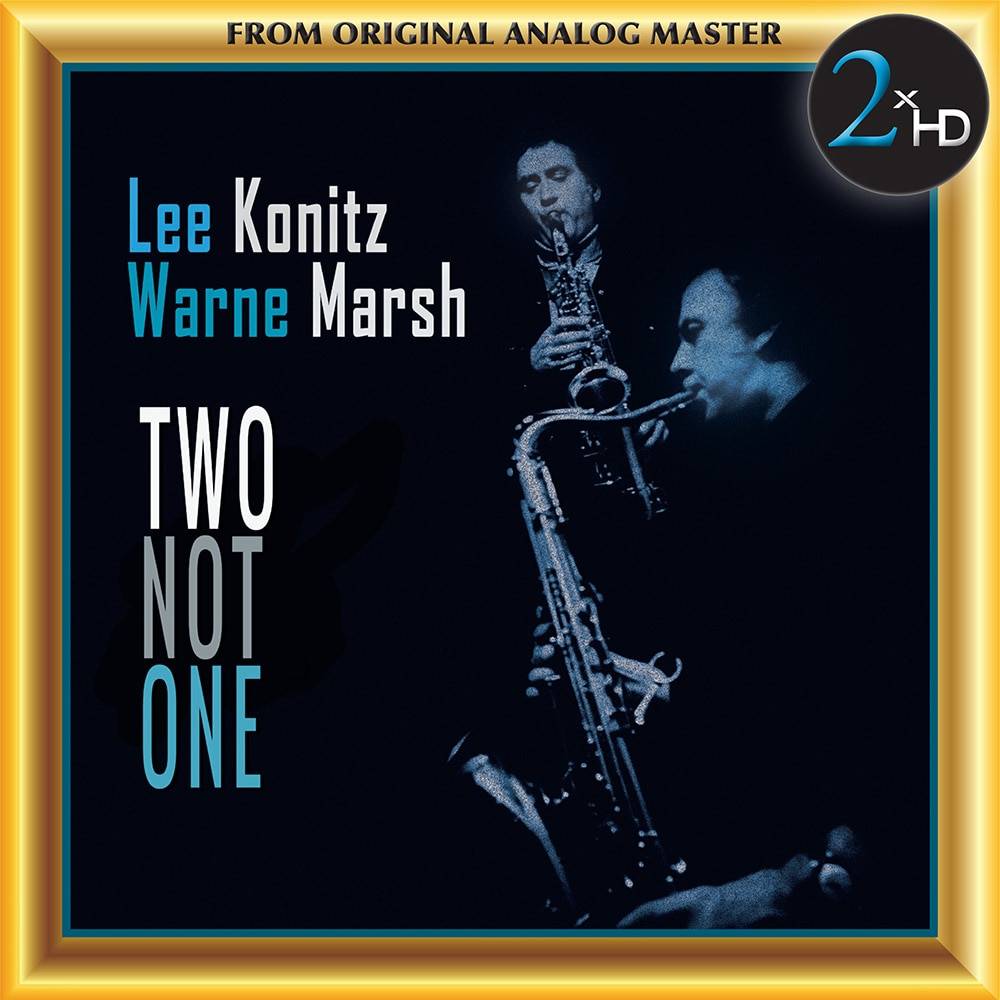 This release sees a selection of the 1975 recordings made in Copenhagen by legendary alto sax player Lee Konitz and tenor sax player Warne Marsh reissued in high-resolution digital quality. Both students of Lennie Tristano, these cool jazz kings weave magical, meandering melodic lines that delighted the fans who brought Konitz and Marsh to Denmark and undoubtedly continue to entrance listeners today. Clearly, Konitz & Marsh had by this stage of their respective careers taken their interest in music to a point which for the time at least was scarce amongst jazz musicians. It is amazing music from the two Lennie Tristano pupils.

When the Danish Jazz Exchange brought Warne Marsh to Europe at the end of 1973, it was the beginning of some of the most fruitful music-making that jazz circles on this side of the Atlantic had witnessed for many years. Warne, a legend in his own time, had been a California resident for so long that few of us thought we would ever have the privilege of seeing and hearing him unless we were prepared to go to Los Angeles. Prior to 1975 his most recent recorded work had been with “Supersax”, the saxophone group which was dedicated to learning and playing Charlie Parker solos. Frustratingly Warne took no solo on the capital “Supersax” LPs so his appearance in Europe was especially welcome. The presence of Lee Konitz in Europe at the same time was less of a coincidence that it seemed, as Lee spent a great deal of time in Britain and the continent during the late ‘60s and ‘70s. It was logical to team the two men, if it could be arranged. The two American saxophonists played at the Café Montmartre in Copenhagen with a Danish rhythm section at the beginning of December and Storyville Records were on hand to record the summit meeting.

With little rehearsal time available, the performances tended to comprise of theme statements followed by saxophone solos, piano and bass solos, a couple of choruses of eights with the drummer and a return to the theme. But within that seemingly orthodox format Konitz and Marsh demonstrated the ease with which they could create entirely fresh lines on top of familiar chord progressions. Several European listeners, seeing and hearing Warne and Lee playing so closely together, assumed that they had been working in tandem for some time. Every solo is fresh, with inspired complicity between the two masters of their craft, a perfect example of jazz improvisation at its best. 2xHD is proud to offer in high resolution these rare and precious recordings.

About 2xHD Fusion process:
In the constant evolution of its proprietary mastering process, 2xHD has progressed to a new phase called 2xHD FUSION, integrating the finest analog, with state-of-the-art digital technology.

The mastering chain consists of a selection of high-end vacuum tube equipment. For the recordings on this album, the original ¼” 15 ips CCIR master tapes were played on a Nagra-T tape recorder, modified with high-end tube playback electronics, wired from the playback head directly to a Telefunken EF806 tube, using OCC silver cable. The Nagra T, with its four direct drive motors, two pinch rollers and a tape tension head, has one of the best transports ever made. A custom-built carbon fiber head block and a head damping electronic system permit 2xHD FUSION to obtain a better resolution and 3D imaging.

The resulting signal is then transformed into high resolution formats by recording it in DSD 11.2 kHz using a Merging Technologies’ Horus A to D converter. All analog and digital cables that are used are state of the art. The 2xHD FUSION mastering system is powered by a super capacitor power supply, using a new technology that lowers the digital noise found in the lowest level of the spectrum. A vacuum tube NAGRA HDdac (DSD) is used as a reference digital playback converter in order to A and B with the original analog master tape, permitting the fusion of the warmth of analog with the refinement of digital.