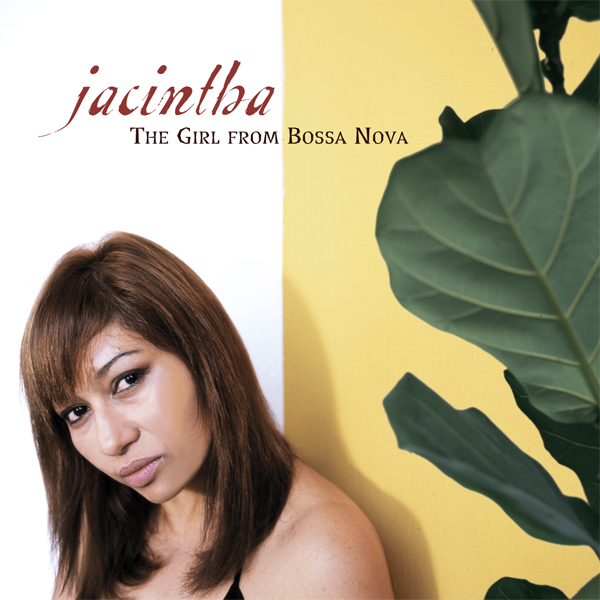 DSD file created by Gus Skinas from the SACD cutting master.
Singapore songstress Jacintha picks up the tempo in her first bossa nova session for Groove Note. Featuring a program of some of the most well-known classics of the genre including several Jobim favorites like “So Nice,” “Desafinado,” “Dindi,” “Corcovado” as well as less familiar tunes like “O Ganso” and “So Danco Samba,” The Girl From Bossa Nova is a striking change of pace for Jacintha that will enthrall all of her fans. Bright and breezy and with superb instrumentals from tenor Harry Allen with his Stan Getz-style solos and acoustic guitarist John Pisano. The album is given the supreme finishing touch by the magical playing of Brazilian master percussionist Paulihno Da Costa.

The Girl From Bossa Nova (Groove Note) is not from bossa nova actually. Or Brazil. In fact, she is not even from anywhere in Latin America. Vocalist Jacintha is from Singapore, but she hopscotches her way through a handful of outstanding Brazilian tunes on this CD. Working with a group that includes legendary Brazilian percussionist Paulinho da Costa, Jacintha’s sultry vocals move quite easily into bossa nova mode from her usual torch-singer style. The problem with the album is that we have heard many of these tunes (“Desafinado,” “Wave,” “How Insensitive,” “Corcovado,” “Waters of March,” etc.) countless times by better singers. Songs by composers like Vinicius de Moraes, Tom Jobim or Luiz Bonfa are not serviced by Jacintha’s inability to dig into the saudade (melancholy) that makes their songs so distinctive and timeless. –Felix Contreras, JazzTimes