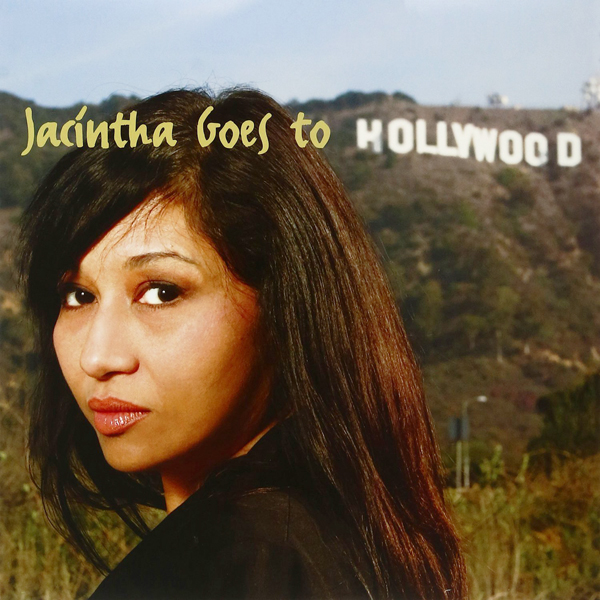 DSD file created by Gus Skinas from the SACD cutting master.
Years in the making and with a cast of thousands and a budget in the millions, this has been an epic effort! The effort was certainly epic and, after a gap of almost three years since her last Groove Note release, the wait has been well worth it.Jacintha Goes To Hollywood sees the sensual and seductive-voiced chanteuse take on the challenge of performing theme songs and other well-known movie related tunes. The program features an eclectic mix of musical material, from the almost over familiar “Raindrops Keep Falling On My Head” and “California Dreaming” to “On Days Like These” from the original British version of The Italian Job. Her almost solemn and low-key performance of “California Dreaming” will completely blow you away as will her thrillingly dynamic and bossa tingled take on “The Windmills Of Your Mind.”
Featuring Anthony Wilson on guitar, Iskandar Ismail on piano, Larry Goldings on Hammond B-3 and Ricky Woodward on sax, the album was recorded all analogue at 15 inches per second on two-inch 24-track masters mixed down to half-inch stereo at 30 inches per second stereo at Sunset Sound by Joe Harley (producer) and Mile Ross (engineer). The stereo masters were transferred to DSD by David Glaser at Airshow Mastering for the mastering of the Stereo Hybrid SACD.

Let’s face it: most people who are not seasoned jazz listeners aren’t going to comprehend someone as challenging as the late Betty Carter. The best way to get people who are “jazzophobic” to start listening to vocal jazz is to expose them to artists who are quite accessible but still have taste and integrity — people like Jacintha, whose Jacintha Goes to Hollywood is a perfect example of a jazz vocal disc that is very easy to absorb even if one isn’t a seasoned jazz listener. This 2007 recording finds the Singapore native turning her attention to songs that were heard in well-known films, and her torchy, understated approach serves her well on material ranging from the Mamas & the Papas’ “California Dreaming” (a ’60s smash that was heard in the 1995 film Chung King Express) to the Doris Day-associated “Que Será Será” (which was used in Alfred Hitchcock’s The Man Who Knew Too Much in 1956) to Michel Legrand’s “The Summer Knows” (from the 1971 film The Summer of ’42). Technically, the title Jacintha Goes to Hollywood is inaccurate, because not all of these songs are identified with Hollywood films; Chung King Express, for example, is a Chinese film, and one of the best things on this album is an English-language performance of the gorgeous theme from the 1966 French film A Man and a Woman (or, as it is known in France, Un Homme et une Femme). Perhaps a better title for this 47-minute CD would have been Jacintha Goes to the Movies. But in the grand scheme of things, that is only a minor point. What matters the most is that Jacintha has delivered a musical tribute to movies that is as memorable as it is rewarding. –AllMusic Review by Alex Henderson