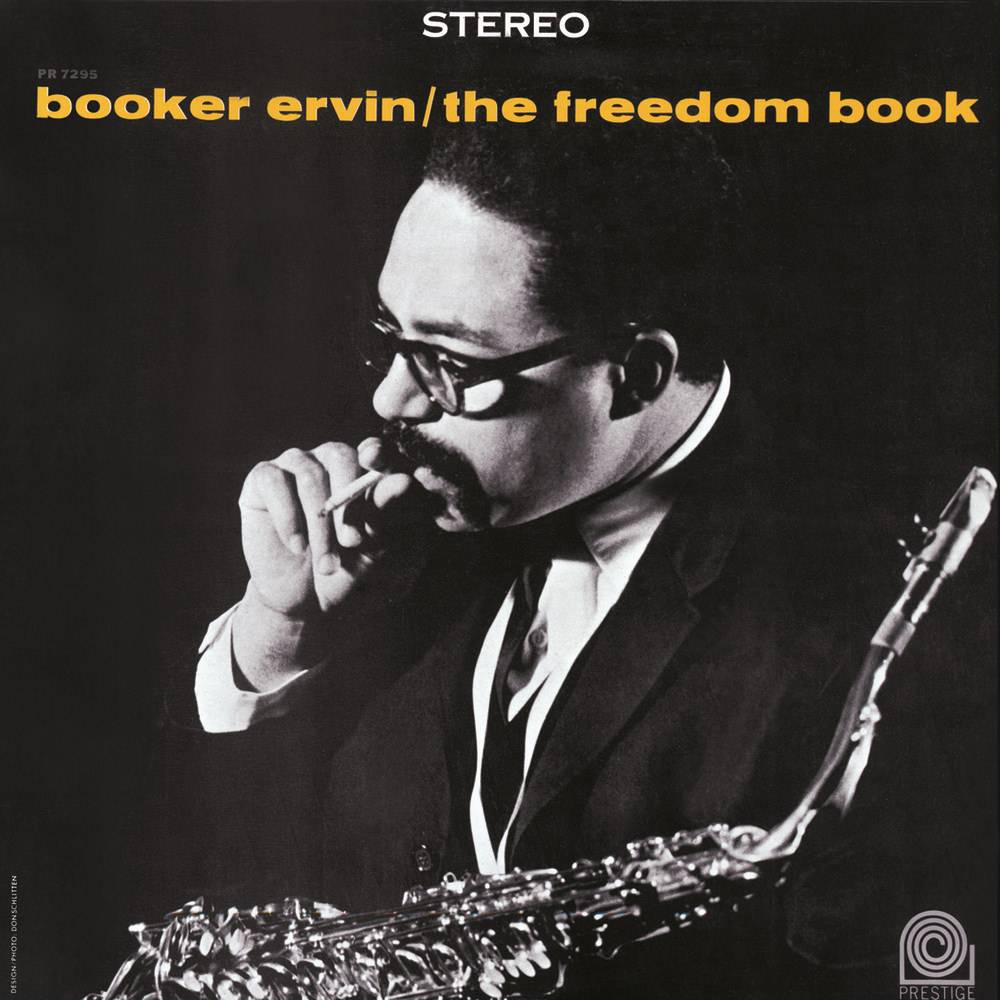 Booker Ervin’s recordings with Charles Mingus and Randy Weston brought him good reviews and a bit of notoriety, but it was his series of Song Books that broadcast the stentorian announcement that a jazz orator of gigantic stature had arrived. The Freedom Book, recorded at the end of 1963, is one of Ervin’s masterpieces. His tenor saxophone sound is haunted by the loneliness and spaciousness of the Texas plains where he was raised. That Southwest moan is an integral part of his playing, but his style goes beyond the classic Texas tenor tradition, incorporating the intricacies of bebop and suggestions of free jazz that initiated one of the periods of self-renewal, keeping jazz fresh and interesting.

In some ways tenor saxophonist Booker Ervin was the archetypal jazz player for the post-bop 1960s, combining the tradition of Texas sax with just the hint of edgy modernism, a sort of the Delta-meets-Morocco sound so accessible that it is easy to miss the chances Ervin took with his music. Although his career was short (cancer claimed him in the summer of 1970 when he was just shy of his 40th birthday), Ervin still managed to record some 20 albums as a frontman, most notably his “book” series, The Song Book, The Blues Book, The Space Book, and this fine session, The Freedom Book, which finds him working with a rhythm section of Jaki Byard on piano, Richard Davis on bass, and Alan Dawson on drums. Recorded on December 3, 1963, The Freedom Book is a near perfect set of modern hard bop, ranging just far enough out there to feel fresh but retaining a strong lifeline to bop tradition. Highlights of the session include an impressive Ervin original, “A Lunar Tune,” a fine version of Randy Weston’s “Cry Me Not,” the deliberately strident “Al’s In,” and another Ervin composition, the moving “A Day to Mourn,” an emotionally charged ballad written after the assassination of JFK.ballad written after the assassination of JFK.