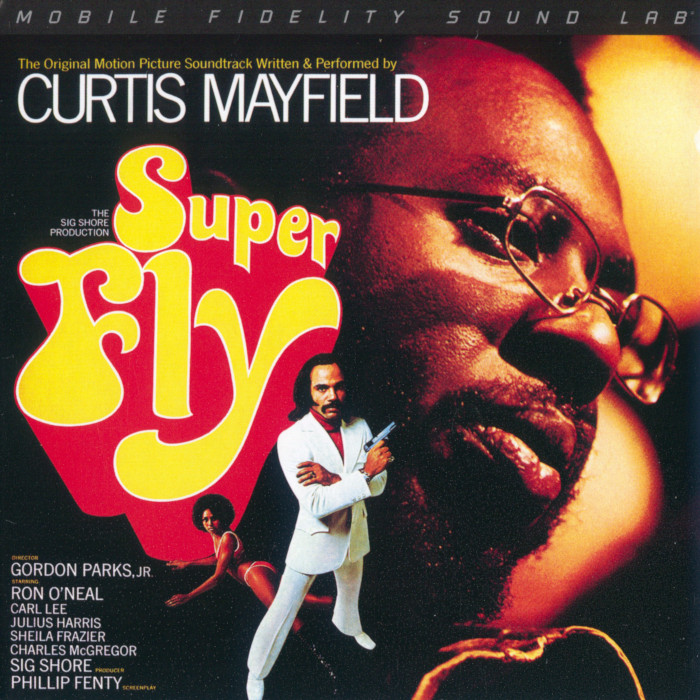 Super Fly is the third studio album by American soul musician Curtis Mayfield. It was released as the soundtrack for the Blaxploitation film of the same name. Widely considered a classic of 1970s soul and funk music, Super Fly was a nearly immediate hit. This album is one of the few soundtracks to out-gross the film it accompanied. In 2003, the album was ranked number 69 on Rolling Stone magazine’s list of the 500 greatest albums of all time.

The choice of Curtis Mayfield to score the blaxploitation film Super Fly was an inspired one. No other artist in popular music knew so well, and expressed through his music so naturally, the shades of gray inherent in contemporary inner-city life. His debut solo album, 1970’s Curtis, had shown in vivid colors that the ’60s optimist (author of the civil-rights anthems “Keep On Pushing” and “People Get Ready”) had added a layer of subtlety to his material; appearing on the same LP as the positive and issue-oriented “Move On Up” was an apocalyptic piece of brimstone funk titled “(Don’t Worry) If There’s a Hell Below, We’re All Going to Go.” For Super Fly, Mayfield wisely avoids celebrating the wheeling-and-dealing themes present in the movie, or exploiting them, instead using each song to focus on a different aspect of what he saw as a plague on America’s streets. He also steers away from explicit moralizing; through his songs, Mayfield simply tells it like it is (for the characters in the film as in real life), with any lessons learned the result of his vibrant storytelling and knack of getting inside the heads of the characters. “Freddie’s Dead,” one of the album’s signature pieces, tells the story of one of the film’s main casualties, a good-hearted yet weak-willed man caught up in the life of a pusher, and devastatingly portrays the indifference of those who witness or hear about it. “Pusherman” masterfully uses the metaphor of drug dealer as businessman, with the drug game, by extension, just another way to make a living in a tough situation, while the title track equates hustling with gambling (“The game he plays he plays for keeps/hustlin’ times and ghetto streets/tryin’ ta get over”). Ironically, the sound of Super Fly positively overwhelmed its lyrical finesse. A melange of deep, dark grooves, trademarked wah-wah guitar, and stinging brass, Super Fly ignited an entire genre of music, the blaxploitation soundtrack, and influenced everyone from soul singers to television-music composers for decades to come. It stands alongside Saturday Night Fever and Never Mind the Bollocks Here’s the Sex Pistols as one of the most vivid touchstones of ’70s pop music.