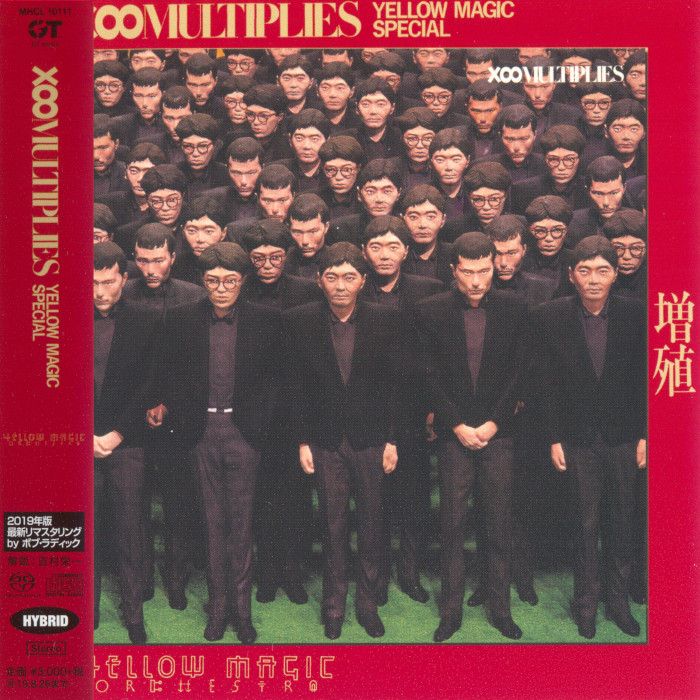 ×∞Multiplies (増殖 Zōshoku, lit. “multiplication”) was a mini-album and the third studio album by Yellow Magic Orchestra released in 1980. It contains a mixture of songs and instrumentals by YMO (including a humorous reworking of Archie Bell & the Drells’ “Tighten Up”), interspersed with comedy sketches. These sketches are performed by Snakeman Show in both Japanese and English, with YMO participating in some of them.

Xoo Multiplies is a bizarre album filled with singalong pop songs, a few interludes including commercial jingles and ad-men pitches, and no less than two versions of the Drells’ chestnut “Tighten Up”. Amid the chaos there are a few solid electronic tunes (“Nice Age”, “Citizens of Science”).