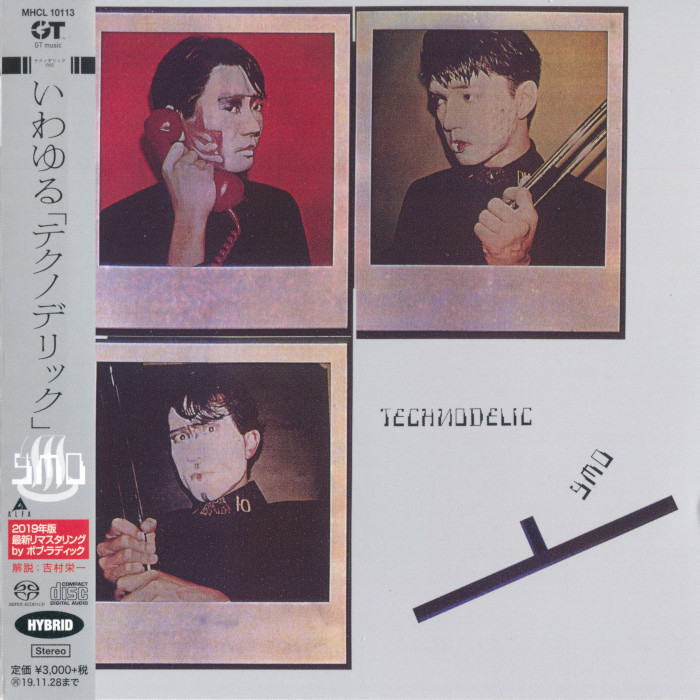 Technodelic is the fifth studio album by Yellow Magic Orchestra. The album is notable for its experimental and heavy use of digital samplers which were not commonly used until the mid-to-late 1980s, resulting in a more minimalist sound compared to their previous work. It is considered the first released album to feature mostly samples and loops, influencing the heavy use of sampling and looping in popular music. Yellow Magic Orchestra’s approach to sampling music was a precursor to the contemporary approach of constructing music by cutting fragments of sounds and looping them using computer technology.

Widening their vision of synth-pop to include the darker strains of urban/R&B as well as a few vocals indebted to Roxy Music, 1981’s Technodelic proved a high-quality album that showed Yellow Magic Orchestra had the talent and inspiration to grow beyond Kraftwerk-derived electronic pop heavy on the novelty but a bit light on bending genres. Though they aren’t exactly melancholy, “Neue Tanz” and “Pure Jam” distinguish themselves through a clever use of synth and effects rather than through the simplistic melodies of previous work. There are some acknowledgements to acoustic music (such as the piano on “Stairs”), but for the most part YMO pursues a new direction with the same synthesizers they’d been using previously.