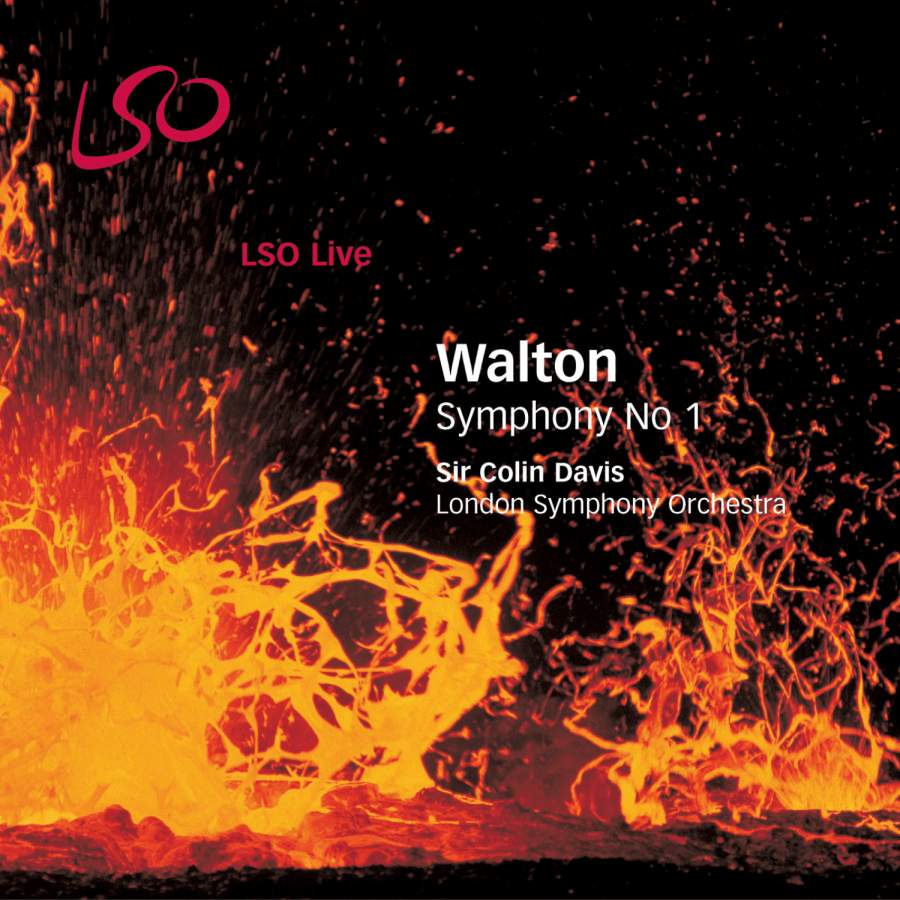 By the time he began working on his First Symphony, William Walton had already established himself as the most exciting young British composer of the day. The work proved to be one of the twentieth century’s greatest symphonies. Volcanic sentiments simmer beneath its surface and the music conveys the tensions of the 1930s whilst always remaining consistently timeless in its appeal. For fans of the English symphony, of the twentieth century symphony, and of the just plain great symphony, this 2005 recording of Walton’s First by Colin Davis and the London Symphony Orchestra will irrefutably prove that God is in his heaven and all is right in the world.

As English symphonies go, Walton’s First ranks with Elgar’s First and Vaughan Williams’ Fifth, that is, as a masterpiece full of sound and fury signifying everything from fear to energy to despair to ecstasy. As twentieth century symphonies go, Walton’s First ranks with Mahler’s Sixth and Shostakovich’s Fifth, that is, as a masterpiece full of the qualities that define modernism, strength, tenderness, clarity and courage. And as symphonies go, Walton’s First ranks with Mozart’s Fortieth and Beethoven’s Fifth, that is, as a triumph of the human spirit full of mind and heart and soul and spirit. Colin Davis, whose name has long been associated with English masters Tippett and Britten, modernist masters Stravinsky and Sibelius, and symphonic masters Mozart and Beethoven, had not heretofore recorded Walton’s First, and his take on the work is at once wholly individualistic and yet still within the tradition. With the virtuoso LSO at his side, Davis renders the work’s relentless ostinatos, its driving fugues, its abysmal depths, and its giddy heights in bold strokes. His interpretation is not without shades of color and nuance – listen to the textures of the central Andante con malincolia – but it is above all strong willed and straight to the heart – listen to the ever grander climaxes in the closing Maestoso. Davis understands where the work’s coming from – one can hear echoes of Adrian Boult in the way he articulates structure and of Malcolm Sargent in the way he energizes tempos – but he has his own way with the score, making it leaner, harder, edgier, and altogether more dramatic than any interpretation since the classic André Previn/London Symphony Orchestra recording for RCA. But compared with Previn’s brilliantly optimistic account, Davis’ shadows are darker and his victory more hard won. Indeed, as captured in LSO Live’s clean, rough, and honest sound, Davis’ performance deserves to be ranked with Previn’s as the finest since Hamilton Harty’s world-premiere recording.