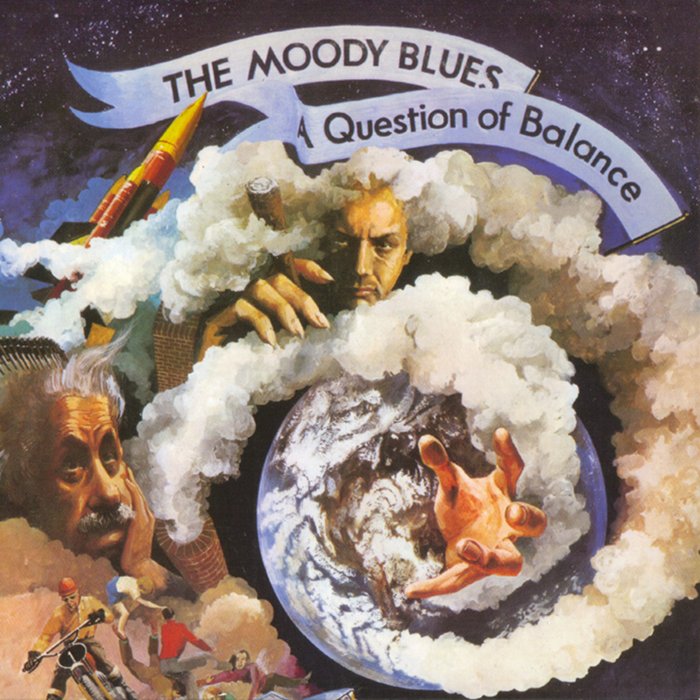 The Moody Blues’ first real attempt at a harder rock sound still has some psychedelic elements, but they’re achieved with an overall leaner studio sound. The group was trying to take stock of itself at this time, and came up with some surprisingly strong, lean numbers (Michael Pinder’s Mellotron is surprisingly restrained until the final number, “The Balance”), which also embraced politics for the first time (“Question” seemed to display the dislocation that a lot of younger listeners were feeling during Vietnam). The surprisingly jagged opening track, “Question,” recorded several months earlier, became a popular concert number as well as a number two (or number one, depending upon whose chart one looks at) single. Graeme Edge’s “Don’t You Feel Small” and Justin Hayward’s “It’s Up to You” both had a great beat, but the real highlight here is John Lodge’s “Tortoise and the Hare,” a fast-paced number that the band used to rip through in concert with some searing guitar solos by Hayward. Ray Thomas’ “And the Tide Rushes In” (written in the wake of a fight with his wife) is one of the prettiest psychedelic songs ever written, a sweetly languid piece with some gorgeous shimmering instrumental effects. The 1997 remastered edition brings out the guitar sound with amazing force and clarity, and the notes tell a lot about the turmoil the band was starting to feel after three years of whirlwind success.

The 2006 Edition researched, compiled and produced by Mark Powell.

The final chapter of the story of “A Question of Balance” took place in 1972. With the invention of Quadraphonic amplifiers and long playing records, Decca were keen to remix suitable rock albums in this new four channel format As audio excellence was the hallmark of the Moody Blues recordings and as one of Decca’s biggest selling acts, the band’s catalogue was an obvious choice for this treatment. Tony Clarke and Derek Vamals revisited the original January 1969 master tapes of the album and remixed the album for release in Quadraphonic. Despite the excellence of the mix, the Quadraphonic SQ system was not a successful medium and within six years the format had been discontinued. Over thirty years later, with the advent of the SACD and its capabilities as an excellent reproducer of digital 5.1 Surround Sound audio, Tony Clarke’s original Quadraphonic master tapes have been enhanced into a 5.1 Surround mix approved by Justin Hayward and John Lodge.