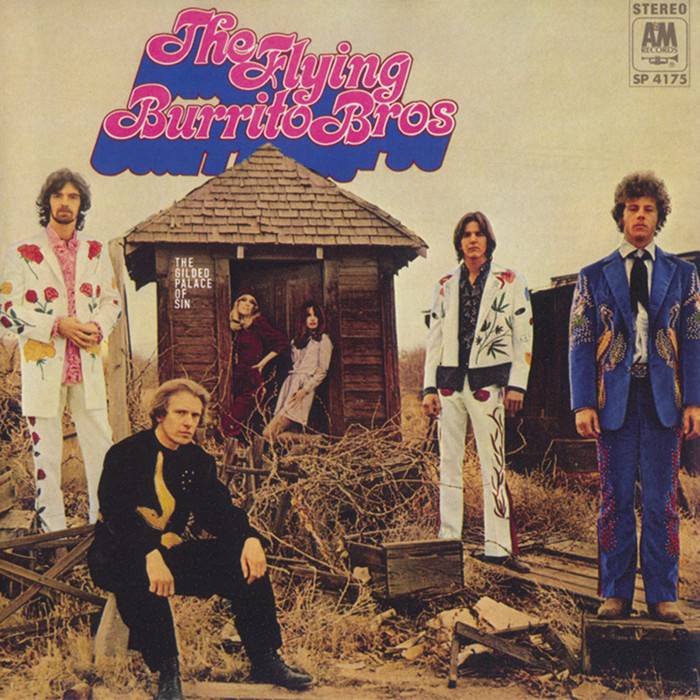 The Gilded Palace of Sin is the first album by the country rock group The Flying Burrito Brothers, released in 1969. It continued Gram Parsons’ and Chris Hillman’s work in modern country music, fusing traditional sources like folk and country with other forms of popular music like gospel, soul, and psychedelic rock. In 2003, the album was ranked number 192 in Rolling Stone the 500 greatest albums of all time.

By 1969, Gram Parsons had already built the foundation of the country-rock movement through his work with the International Submarine Band and the Byrds, but his first album with the Flying Burrito Brothers, The Gilded Palace of Sin, was where he revealed the full extent of his talents, and it ranks among the finest and most influential albums the genre would ever produce. As a songwriter, Parsons delivered some of his finest work on this set; “Hot Burrito No. 1” and “Hot Burrito No. 2” both blend the hurt of classic country weepers with a contemporary sense of anger, jealousy, and confusion, and “Sin City” can either be seen as a parody or a sincere meditation on a city gone mad, and it hits home in both contexts. Parsons was rarely as strong as a vocalist as he was here, and his covers of “Dark End of the Street” and “Do Right Woman” prove just how much he had been learning from R&B as well as C&W. And Parsons was fortunate enough to be working with a band who truly added to his vision, rather than simply backing him up; the distorted swoops of Sneaky Pete Kleinow’s fuzztone steel guitar provides a perfect bridge between country and psychedelic rock, and Chris Hillman’s strong and supportive harmony vocals blend flawlessly with Parsons’ (and he also proved to be a valuable songwriting partner, collaborating on a number of great tunes with Gram). While The Gilded Palace of Sin barely registered on the pop culture radar in 1969, literally dozens of bands (the Eagles most notable among them) would find inspiration in this music and enjoy far greater success. But no one ever brought rock and country together quite like the Flying Burrito Brothers, and this album remains their greatest accomplishment.