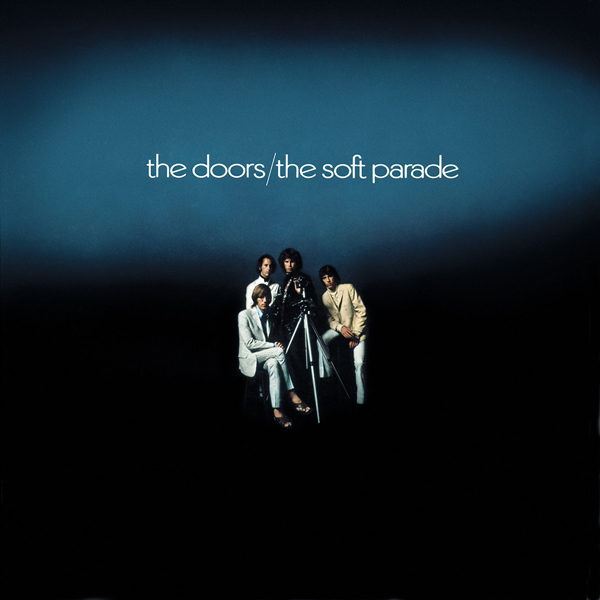 About Soft Parade, Rolling Stone described two songs written by guitarist Robby Krieger, “Touch Me” and “Follow Me Down” as horn-string showpieces for the resonant baritone of Jim Morrison.
Described as among the cleanest, most solid and, above all, most recognizable sounds in rock, the distinctive Doors’ sound was no doubt due to the Morrison power, but the other Doors were equally responsible. Ray Manzarek brought virtuosic keyboard tapestries, Krieger gritty, expressive fretwork, and Densmore dynamically rich percussion grooves.
Half of the songs on Soft Parade, The Doors’ fourth LP, were written by Morrison and the other half by guitarist Krieger. “Touch Me” became one of The Doors’ most popular singles. Released as a single in December 1968, the song reached No. 3 on the Billboard Hot 100 and No. 1 in the Cashbox Top 100 in early 1969. It was the band’s third American No. 1 single.
Analogue Productions and Quality Record Pressings are proud to announce that six studio LP titles — The Doors, Strange Days,Waiting For The Sun, Soft Parade, Morrison Hotel and L.A. Woman —  are featured on 200-gram vinyl, pressed at 45 rpm. All six titles are also available on Hybrid Multichannel SACD! All were cut from the original analog masters by Doug Sax, with the exception of The Doors, which was made from the best tape copy.

The weakest studio album recorded with Jim Morrison in the group, partially because their experiments with brass and strings on about half the tracks weren’t entirely successful. More to the point, though, this was their weakest set of material, low lights including filler like “Do It” and “Runnin’ Blue,” a strange bluegrass-soul blend that was a small hit. On the other hand, about half the record is quite good, especially the huge hit “Touch Me” (their most successful integration of orchestration), the vicious hard rock riffs of “Wild Child,” the overlooked “Shaman’s Blues,” and the lengthy title track, a multi-part suite that was one of the band’s best attempts to mix rock with poetry. “Tell All the People” and “Wishful Sinful,” both penned by Robbie Krieger, were uncharacteristically wistful tunes that became small hits but were not all that good, and not sung very convincingly by Morrison. –AllMusic Review by Richie Unterberger