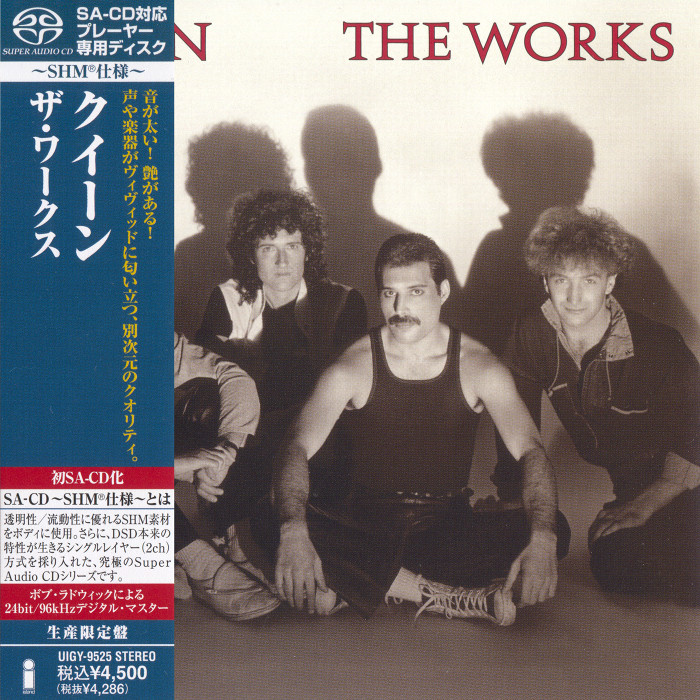 Following the disappointing commercial performance of the dance-oriented Hot Space in 1982, Queen took 1983 off to get refocused and work on a follow-up that would put the band back on track. While the songwriting had definitely improved on the resulting The Works in 1984, the album sonically lacked the punch of such earlier releases as News of the World and The Game (strangely, Hot Space even had a better overall sound). Although the album only peaked at number 23 on the U.S. album charts, it was a Top Ten hit in just about every other area of the world, producing the huge single “Radio Ga Ga.” Three other tracks were hits in Queen’s native England – the uplifting “I Want to Break Free,” the love song “It’s a Hard Life,” and the politically conscious rocker “Hammer to Fall,” which dealt with the danger of nuclear weapons. Other highlights included the ’50s-sounding “Man on the Prowl,” the electronic experiment “Machines,” the thunderous “Tear It Up,” and a touching acoustic ballad, “Is This the World We Created…?” Perhaps with a more straight-ahead production (and a U.S. tour), The Works would have landed Queen back on the top of the charts stateside.