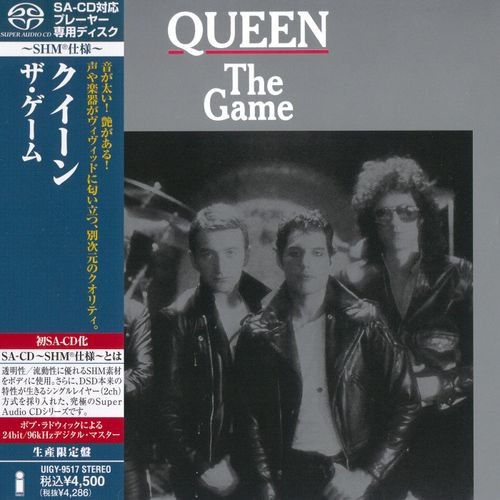 Queen had long been one of the biggest bands in the world by 1980’s The Game, but this album was the first time they made a glossy, unabashed pop album, one that was designed to sound exactly like its time. They might be posed in leather jackets on the cover, but they hardly sound tough or menacing – they rarely rock, at least not in the gonzo fashion that’s long been their trademark. Gone are the bombastic orchestras of guitars and with them the charging, relentless rhythms that kept Queen grounded even at their grandest moments. Now, when they rock, they’ll haul out a clever rockabilly pastiche, as they do on the tremendous “Crazy Little Thing Called Love,” a sly revival of old-time rock & roll that never sounds moldy, thanks in large part to Freddie Mercury’s panache. But even that is an exception to the rule on The Game. Usually, when they want to rock here, they wind up sounding like Boston, as they do on John Deacon’s “Need Your Loving Tonight,” or they sound a bit like a new wave-conscious rocker like Billy Squier, as they do on the propulsive “Coming Soon.” But even those are exceptions to the overall rule on The Game, since most of the album is devoted to disco-rock blends – best heard on the globe-conquering “Another One Bites the Dust,” but also present in the unintentionally kitschy positivity anthem “Don’t Try Suicide” – and the majestic power ballads that became their calling card in the ’80s, as they reworked the surging “Save Me” and the elegant “Play the Game” numerous times, often with lesser results. So, The Game winds up as a mixed bag, as many Queen albums often do, but again the striking difference with this album is that it finds Queen turning decidedly, decisively pop, and it’s a grand, state-of-the-art circa 1980 pop album that still stands as one of the band’s most enjoyable records. But the very fact that it does showcase a band that’s turned away from rock and toward pop means that for some Queen fans, it marks the end of the road, and despite the album’s charms, it’s easy to see why.