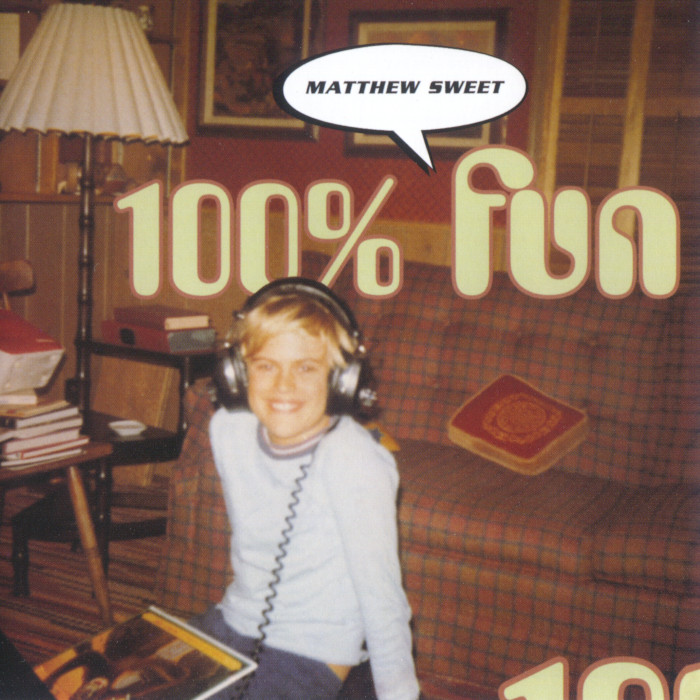 Sidney Matthew Sweet is an American rock singer-songwriter and musician. He was part of the burgeoning music scene in Athens, Georgia, during the 1980s before gaining commercial success in the 1990s. “100% Fun” is his fifth album. The album was met with moderate commercial success and favorable reviews. The single “Sick of Myself” reached #2 on the Billboard Modern Rock chart and appeared on the top 100 pop song charts of the day. Critic David Browne of Entertainment Weekly, who included 100% Fun on his year’s-best list, wrote in his review that it “makes you feel as if a good pop hook can solve any crisis”. The title of the album was derived from Kurt Cobain’s 1994 suicide note.

Matthew Sweet’s 100% Fun of guitar-dominated, hook-laden power pop runs through at a classic speed, piling up songs that lovingly conform to the three-minute pop tradition. Richard Lloyd’s gnarled guitars save Sweet’s melodies and harmonies from being saccharine or sappy. Behind Sweet’s bright hooks lies something darker – the self-loathing of “Sick of Myself” and the mental manipulation of “We’re the Same” aren’t evident from the sound of the record, which obliterates any hidden meanings with its chiming guitars and driving rhythms. It might not have the consistent barrage of great songs like Girlfriend, yet it tames the wilder impulses of Altered Beast into an album that rocks its worries away without ever getting rid of them.