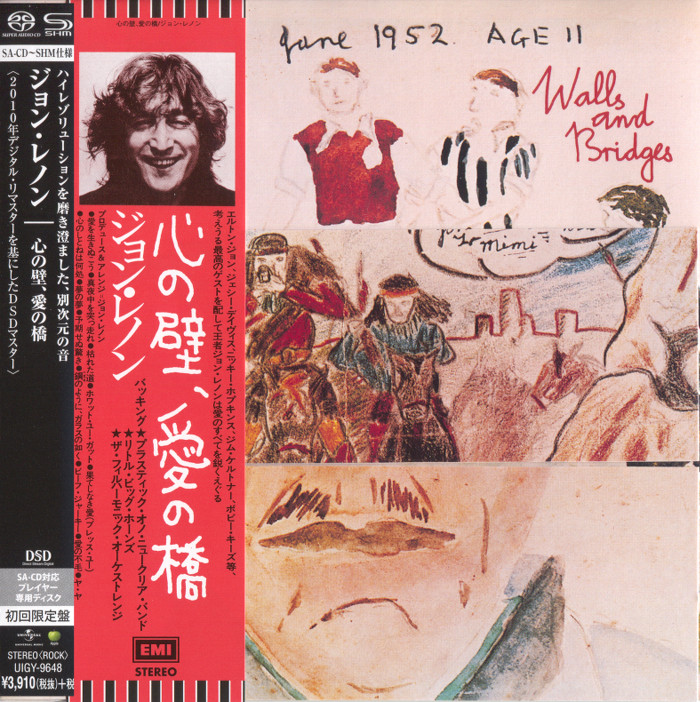 Walls and Bridges was recorded during John Lennon’s infamous “lost weekend,” as he exiled himself in California during a separation from Yoko Ono. Lennon’s personal life was scattered, so it isn’t surprising that Walls and Bridges is a mess itself, containing equal amounts of brilliance and nonsense. Falling between the two extremes was the bouncy Elton John duet “Whatever Gets You Thru the Night,” which was Lennon’s first solo number one hit. Its bright, sunny surface was replicated throughout the record, particularly on middling rockers like “What You Got” but also on enjoyable pop songs like “Old Dirt Road.” However, the best moments on Walls and Bridges come when Lennon is more open with his emotions, like on “Going Down on Love,” “Steel and Glass,” and the beautiful, soaring “No. 9 Dream.” Even with such fine moments, the album is decidedly uneven, containing too much mediocre material like “Beef Jerky” and “Ya Ya,” which are weighed down by weak melodies and heavy over-production. It wasn’t a particularly graceful way to enter retirement.