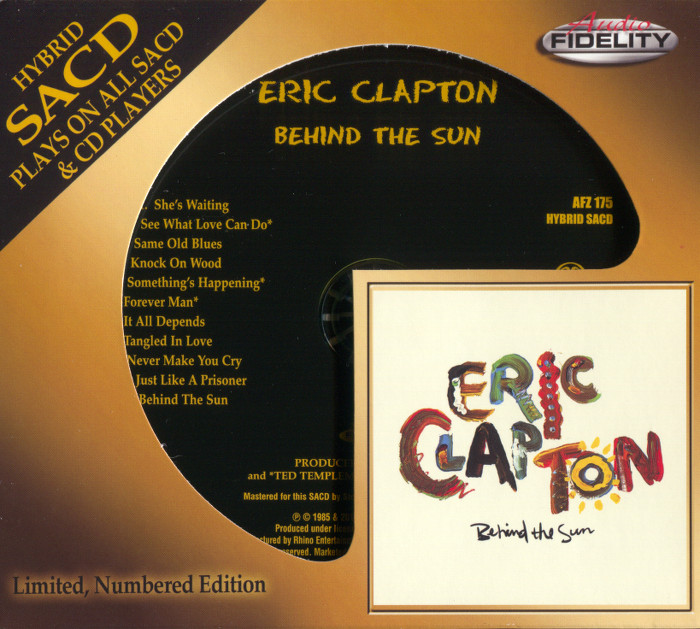 Eric Clapton’s career was in decline in the early ’80s when he switched record labels from Polydor to Warner Bros., and his debut Warner album, Money and Cigarettes, became his first to fall below gold-record status in more than six years. As a result, Warner looked critically at his follow-up, the Phil Collins-produced Behind the Sun, in the fall of 1984 and rejected the first version submitted, insisting that he record several new songs written by Jerry Williams, backed by Los Angeles session players under the auspices of company producers Lenny Waronker and Ted Templeman. Warner then emphasized the new tracks, releasing two of them, “Forever Man” (which reached the Top 40) and “See What Love Can Do,” as singles. The resulting album, not surprisingly, was somewhat schizophrenic, though the company may have been correct in thinking that the album as a whole was competent without being very exciting. The added tracks were not bad, but they were not the sure-fire hits they were supposed to be. As usual, there was some effective guitar soloing (notably on “Same Old Blues”), but despite the tinkering, Behind the Sun was not one of Clapton’s better albums.