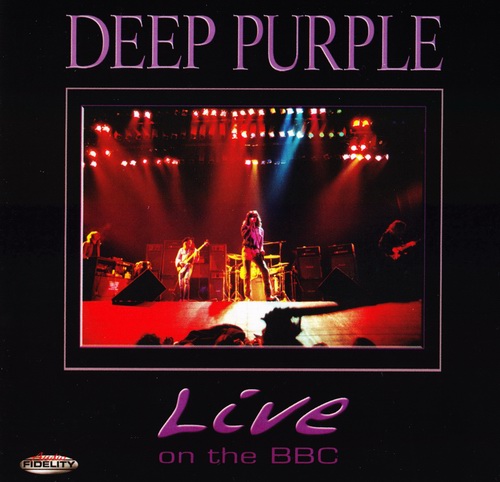 Recorded by the BBC on March 9, 1972, this previously difficult to find live show captures the classic Mark ll version of Deep Purple in all their incendiary power. This performance — basically the entirety of the then just released Machine Head minus “Pictures of Home” — is easily as good, and at times better than, Made in Japan, recorded five months later. The band apparently felt the Japan tapes were of inferior quality, and initially did not want them released, which makes this arguably the most potent document of the group’s live show from that year. Although this SACD hybrid adds studio versions of “Hush” and “River Deep Mountain High” from the Mark l edition to flesh out the playing time, one of the live tracks, their version of Little Richard’s “Lucille,” is only available on the SACD layer. That means that anyone without an SACD player won’t be able to hear it, but will be able to play the two studio tracks, a perplexing decision that is unexplained in the liner notes. In any event, the live BBC tapes find Purple slamming through these songs like they had something to prove. Although “Child in Time” is MIA, it is replaced by “Maybe I’m a Leo” and “Never Before,” two tracks that didn’t make the Japan set list. Even without those additions, this is a find for all Deep Purple fans, and a great place for all classic rock fans to jump in. Since this release is from an audiophile label, great care was spent making sure the sound is as crisp as possible from tapes this old, and the work has paid off. Those with SACD equipment get to hear “Lucille” and also experience the band in a wider soundscape, making the performance even more lifelike.

Mastered for SACD by Steve Hoffman.