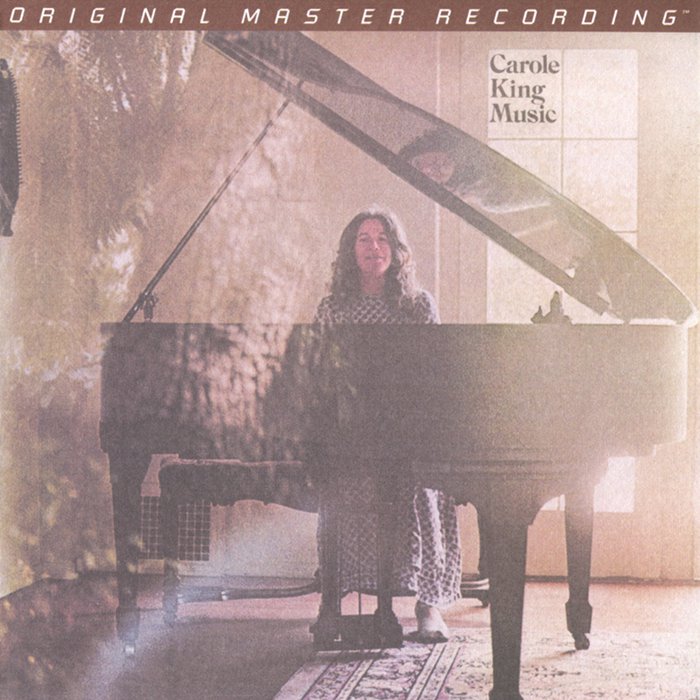 Music, official name Carole King: Music, is the third album by American singer-songwriter Carole King. The album was released in December 1971 and quickly rose to the top of the charts. It features songs such as “It’s Going to Take Some Time” (US No. 12 by The Carpenters), “Sweet Seasons,” a No. 9 hit for Carole King, and “Brother, Brother”. Carole King: Music experienced immediate success and was certified gold on December 9, 1971, days after release. It was certified platinum on July 17, 1995.

After years as one of the most prolific and successful songwriters in pop music, Carole King emerged in the ’70s with Tapestry, an album that catapulted her to the forefront of the singer/songwriter movement. While she had mined her back catalog for that album, she relied more heavily on songs written with new collaborator Toni Stern for Music. Coming out on the heels of the classic Tapestry, it’s hard not to feel like this album was a bit of a letdown. However, time has shown this album to be one of her finest. While these songs lyrically lack the simplistic beauty of Gerry Goffin-penned tunes, the melodies are very strong and Carole King adds some nice texture to her piano-based tunes with the tasteful percussion of Bobbye Hall. When King goes for grand statements, however, it doesn’t always work. Her call for peace and brotherhood works on songs like the opening track, “Brother, Brother,” but her voice is not strong enough and does not convey enough emotion to prevent uplifting tunes like “Carry Your Load” from sounding a bit hollow and preachy. But her songwriting is still in peak form, and there are many highlights including “It’s Gonna Take Some Time” (also made into a hit by the Carpenters) and “Song of Long Ago” (with backing vocals by James Taylor).