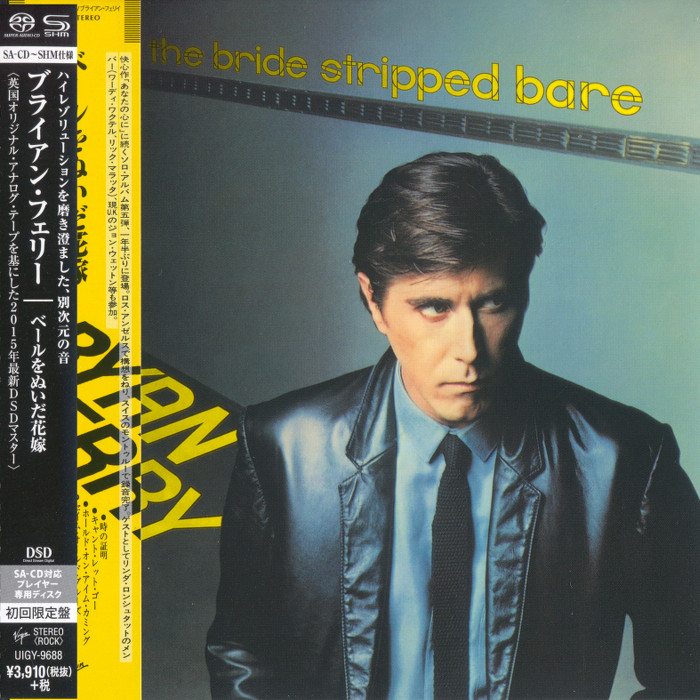 When Jerry Hall, front-cover model on Roxy’s Siren, left Ferry for Mick Jagger, his response was this interesting album, not a full success but by no means a washout. In part Ferry returned to the model of his solo work before In Your Mind, with half the tracks being covers of rock and soul classics. Thus, Sam and Dave’s “Hold On (I’m Coming),” Al Green’s “Take Me to the River” (which arguably sounds like a strong influence on Talking Heads’ near contemporaneous version) and even the Velvet Underground’s “What Goes On,” among others, take a bow. Unfortunately Ferry’s backing performers, mostly drawing on studio pros like Waddy Wachtel, don’t seem to have the real affinity for the material like his earlier solo-effort cohorts did. If anything, though, there’s also the sense of Ferry channeling his romantic gloom through a number of the songs, giving them a strong personal bite. The guitar and bass-only version of the traditional folk tune “Carrickfergus” works best of all, its lovelorn sentiments and slow pace connecting just right. As for Ferry’s originals, his sentiments are all the more clear, right from the abbreviated charge of the opening “Sign of the Times,” its fractured sentiments of disturbed, vicious romance matched by the clipped punch of the music and Ferry’s own brisk delivery. The other originals don’t cut quite so bloodily, but the sense of loss and confusion is all there, from the opening line “Well I rush out blazin’/My pulse is racin’” on “Can’t Let Go” to the lonely sense of mystery on “This Island Earth,” the album’s conclusion.