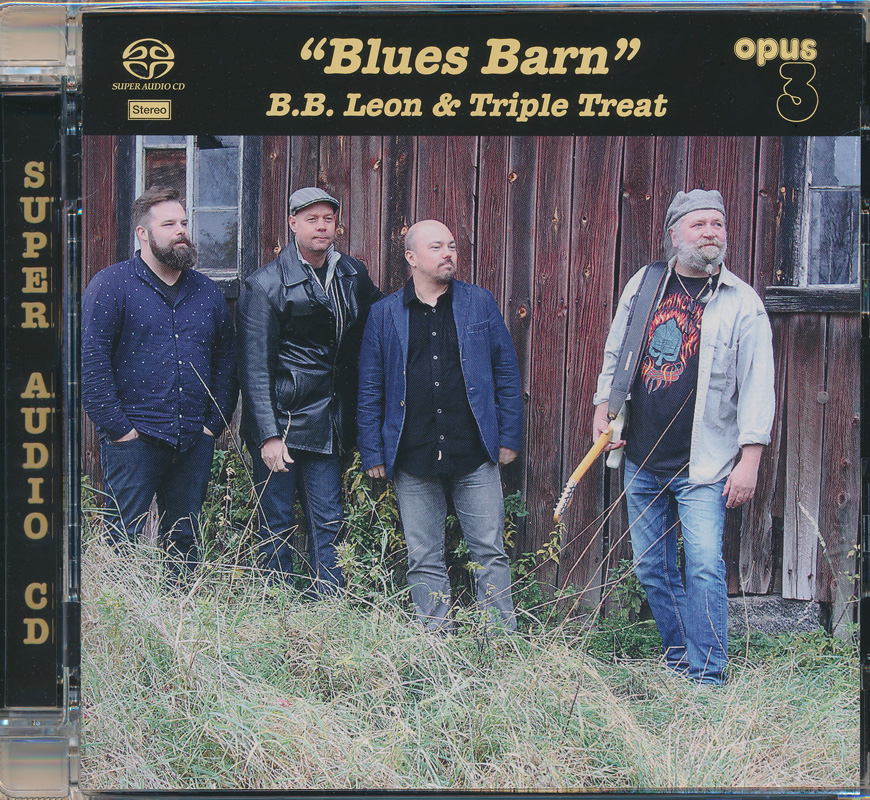 Opus 3 Records is happy to announce the release of their first real Rock/Blues album ‘Blues Barn’ with B.B. Leon & Triple Treat. Bo Nordin (a.k.a. B.B. Leon), Mathias Lundqvist, Lasse Falck and Thomas Lingman perform on this recording which is more or less a live studio recording and where the mixing is 100% analog! Contains 12 Great Songs including the remakes of a couple of classical Blues Tunes; ‘If You Love Me’ by Little Johnny Taylor and ‘Rock Me Baby’ by B.B. King.

Bo Nordin’s (B.B. Leon) father, Ingvar, was a musician and his role model, which resulted in a five year old playing the drums to his Jerry lee Lewis-inspired father’s piano playing. On this album, “Boogie For Dad” is his tribute to his father, whose Boogie-inspired piano playing had been such an inspiration to Bo. At the age of ten he took up the piano followed some years later by the guitar – the change being induced by problems with the grand piano in the rehearsal room. His first band where he is on piano was All Night Sam and The Twelve Bar Sisters in 1978. In 1981 Bo bought his first guitar, a 1977 Gibson Les Paul. With the band Hound Dogs in 1982 he started to play Blues. First with Ian Haugland on drums and then in 1989 Mic Michaeli joined on keyboards – both of these two gentlemen have been part of the Swedish hard rock band Europe. It was with this band that Bo began writing songs, initially together with other band members but then eventually on his own. In 1992 he started to play with Thomas Lingman, who plays drums on this album. Lasse Falck joined on bass in 2005 and Mattias Lundqvist on Hammond organ and piano in 2016, when B.B. Leon and Triple Treat was founded.