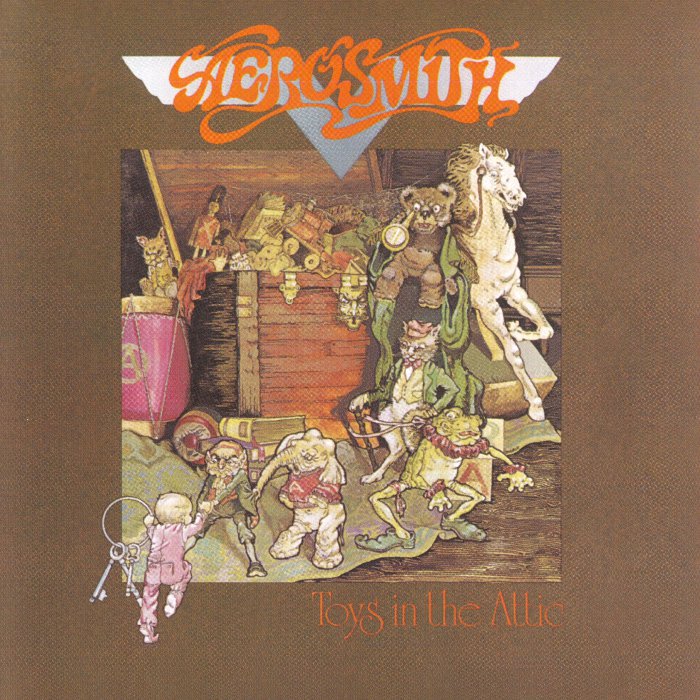 After nearly getting off the ground with Get Your Wings, Aerosmith finally perfected their mix of Stonesy raunch and Zeppelin-esque riffing with their third album, Toys in the Attic. The success of the album derives from a combination of an increased sense of songwriting skills and purpose. Not only does Joe Perry turn out indelible riffs like “Walk This Way,” “Toys in the Attic,” and “Sweet Emotion,” but Steven Tyler has fully embraced sleaziness as his artistic muse. Taking his cue from the old dirty blues “Big Ten Inch Record,” Tyler writes with a gleeful impishness about sex throughout Toys in the Attic, whether it’s the teenage heavy petting of “Walk This Way,” the promiscuous “Sweet Emotion,” or the double-entendres of “Uncle Salty” and “Adam’s Apple.” The rest of Aerosmith, led by Perry’s dirty, exaggerated riffing, provide an appropriately greasy backing. Before Toys in the Attic, no other hard rock band sounded like this. Sure, Aerosmith cribbed heavily from the records of the Rolling Stones, New York Dolls, and Led Zeppelin, but they didn’t have any of the menace of their influences, nor any of their mystique. Aerosmith was a gritty, street-wise hard rock band who played their blues as blooze and were in it for a good time; Toys in the Attic crystallizes that attitude.