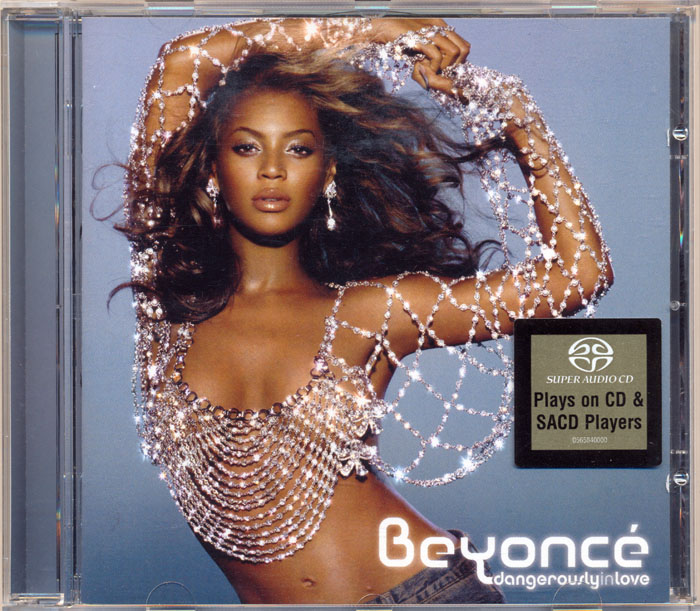 Beyoncé Knowles was always presented as the star of Destiny’s Child — which probably shouldn’t be a big surprise since her father managed the group. So it was a natural step for her to step into the diva spotlight with a solo album in 2003, particularly since it followed on the heels of her co-starring role in Mike Myers’ 2002 comedy hit, Austin Powers in Goldmember. Still, a singer takes a risk when going solo, as there’s no guarantee that her/his star will still shine as bright when there’s nobody to reflect upon. Plus, Survivor often sounded labored, as Knowles struggled to sound real. The Knowles clan — Beyoncé and her father Mathew, that is (regrettably, Harry Knowles of “Ain’t It Cool” is no relation) — were apparently aware of these two pitfalls since they pull off a nifty trick of making her debut album, Dangerously in Love, appeal to a broad audience while making it sound relatively easy. Sometimes that ease can translate into carelessness (at least with regard to the final stretch of the album), with a prolonged sequence of ballads that get stuck in their own treacle, capped off by the unbearably mawkish closer, “Gift from Virgo,” where she wishes her unborn child and her husband to be like her daddy. (Mind you, she’s not pregnant or married, she’s just planning ahead, although she gets tripped up in her wishes since there’s “no one else like my daddy.”) Although these are a little formless — and perhaps would have been more digestible if spread throughout the record — they are impeccably produced and showcase Knowles’ new relaxed and smooth delivery, which is a most welcome development after the overworked Survivor. Knowles doesn’t save this voice just for the ballads — she sounds assured and sexy on the dance numbers, particularly when she has a male counterpart, as on the deliriously catchy “Crazy in Love” with her man Jay-Z or on “Baby Boy” with 2003’s dancehall superstar, Sean Paul. These are the moments when Dangerously in Love not only works, but sounds like Knowles has fulfilled her potential and risen to the top of the pack of contemporary R&B divas. It’s just too bad that momentum is not sustained throughout the rest of the record. About halfway through, around the astrological ode “Signs” with Missy Elliott, it starts crawling through its ballads and, while listenable, it’s not as exciting as the first part of the record. Still, the first half is good enough to make Dangerously in Love one of the best mainstream urban R&B records released in 2003, and makes a strong case that Knowles might be better off fulfilling this destiny instead of reuniting with Destiny.