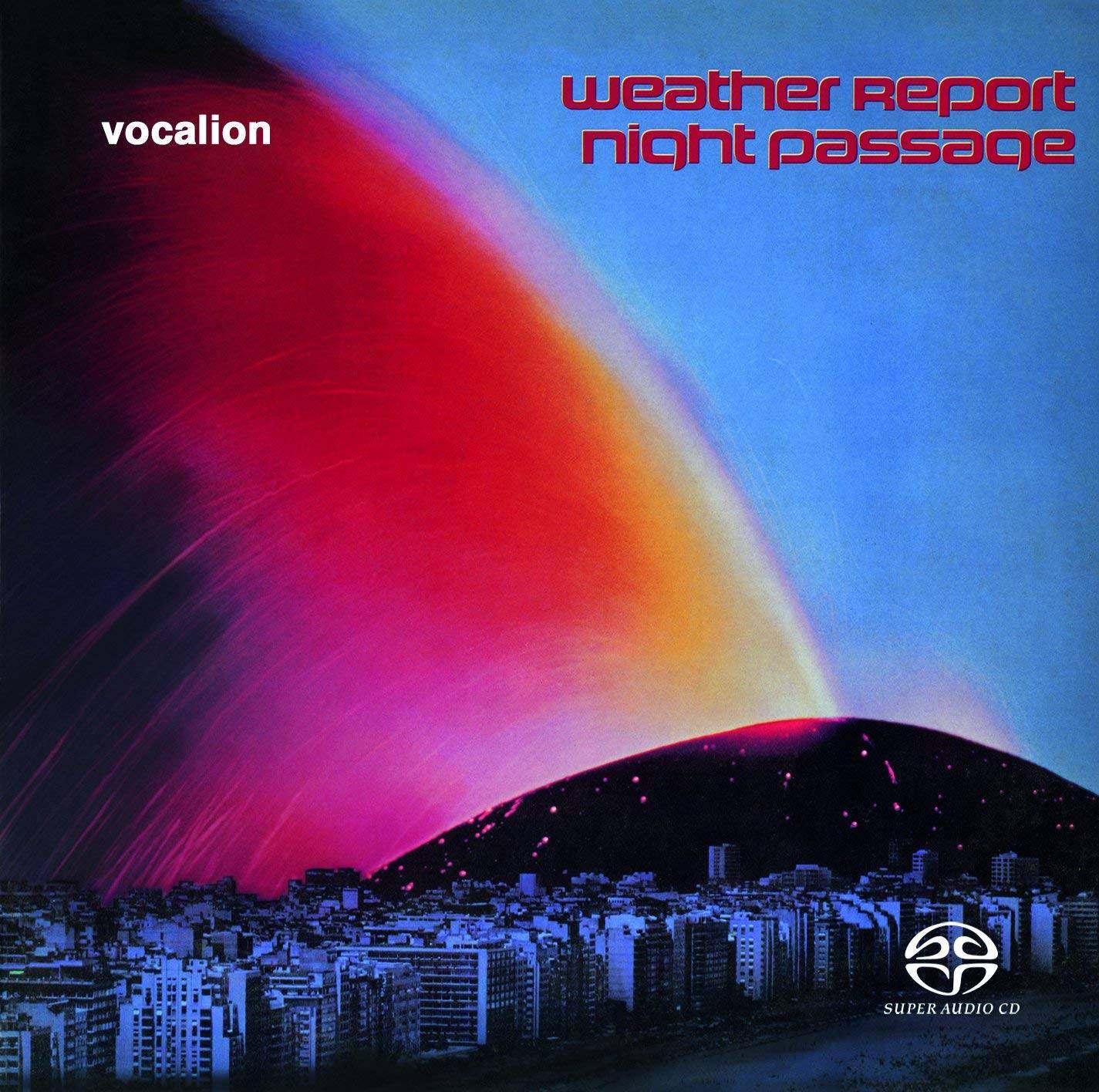 Night Passage is the eleventh album by Weather Report, released in 1980. The tracks were recorded in August 1980 at The Complex studios in Los Angeles (before a crowd of 250 people who can be heard on a couple of tracks), except for “Madagascar”, recorded live in Osaka, in June of the same year. The album introduces a new member to the band, percussionist Robert Thomas Jr. Night Passage loses the over-done production layers of some of Weather Report’s earlier releases (most notably 1978’s Mr. Gone). What is lost in layers of overdubs is made up in solo improvisation in the classic jazz tradition.

All things being relative, this is Weather Report’s straightahead album, where the elaborate production layers of the late-’70s gave way to sparer textures and more unadorned solo improvisation in the jazz tradition, electric instruments and all. The flaw of this album is the shortage of really memorable compositions; it is more of a vehicle for the virtuosic feats of what is considered by some to be the classic WR lineup – Joe Zawinul, Wayne Shorter, Jaco Pastorius, Robert Thomas, Jr. and Peter Erskine. For Erskine, this is is first full studio album and he amply demonstrates his terrific sense of forward drive unique among the other superb drummers in WR annals. “Port of Entry” is a tour de force for Jaco, who knocks off several of those unbelievably slippery, pointed runs that have made him a posthumous legend. There is also a tremendously fun retro trip to Duke Ellington’s “Rockin’ in Rhythm,” everybody swinging their heads and hands off.

Remastered from the Original Analogue tapes by Michael J. Dutton.