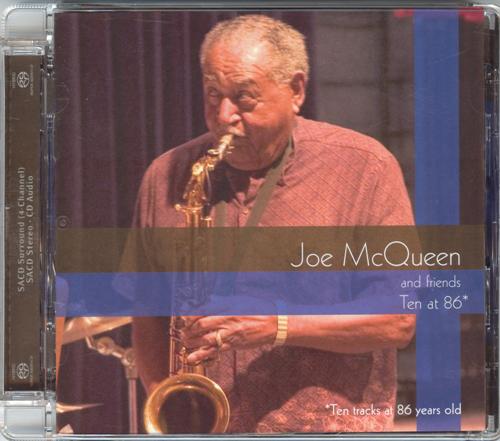 Joe McQueen has been a professional jazz musician for over seventy years, turning ‘Pro’ at the tender age of sixteen. He was introduced to the saxophone a few years earlier by his cousin, Herschel Evans, who played in Count Basie’s band in the mid-1930s. Born in 1919 in Dallas, Texas, Joe was raised in Ardmore, Oklahoma, where he played tuba and then saxophone in the Ardmore High School band. Fast forward to 1945, when Joe and his wife, Thelma, were on the road as he was touring in a jazz band. While en-route from Las Vegas, the bandleader gambled away the troupe’s earnings, stranding them in Ogden, Utah. Joe and Thelma decided to stay in Ogden and McQueen reformed the band there. This turned out to be a serendipitous move because after WWII, Ogden, a major stop on the railroad between San Francisco and Kansas City, had become a hotspot for jazz music. Since settling in Ogden, McQueen has performed there with such jazz luminaries as Charlie Parker, Chet Baker (a fellow Oklahoman), Paul Gonzalez, Lester Young, Count Basie, Duke Ellington and Dizzy Gillespie. Joe continued to tour in the region, playing in Idaho Falls with Hoagy Carmichael.