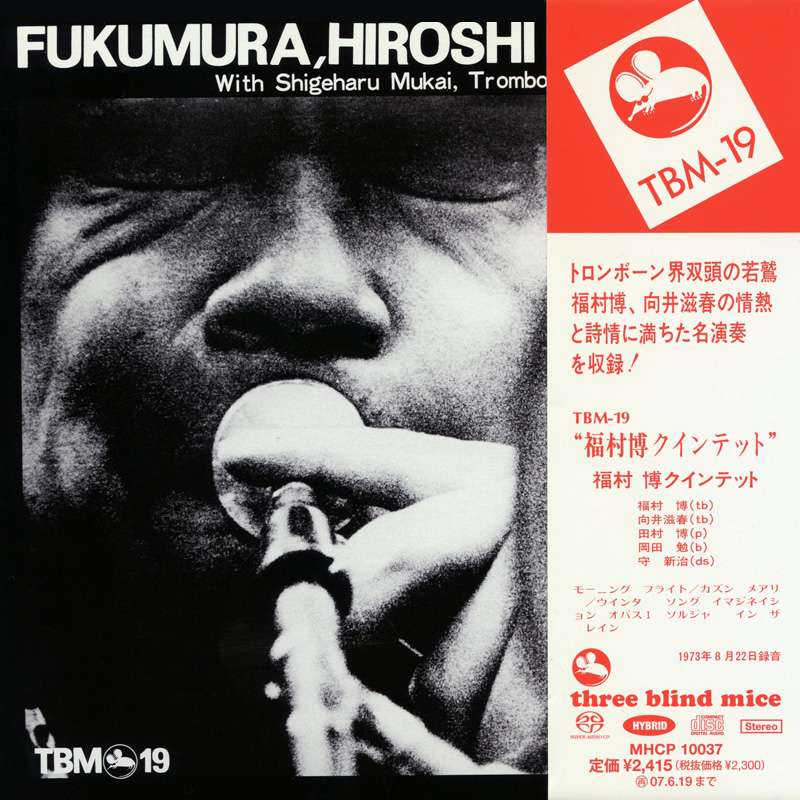 Hiroshi Fukumura is a Japanese jazz trombonist. He played with Sadao Watanabe for much of the 1970s, excepting a period where he studied in the United States at the New England Conservatory of Music. Fukumura led his own quintet, which included Shigeharu Mukai as a sideman, for this studio recording and a live release in 1973. He also was a member of Native Son and also worked with Takehiro Honda, Gil Evans, Hidefumi Toki, and others.

Recorded in 1973, “Morning Flight” by trombonist Hiroshi Fukumura is a stunning modal and spiritual jazz album! Genius work from Japanese trombonist Hiroshi Fukumura – working here at the helm of a twin-trombone group that also features the talents of Shigeharu Mukai – in a style that’s filled with soul and free-thinking imagination! The two players work together beautifully here – avoiding any of the cliches of trombone-heavy groups from the past – and instead, using the open-ended Three Blind Mice label format to explore new ideas in jazz by hitting a spare, sensitive space that’s really great. Sometimes tracks really take off and soar with the sort of inventiveness we’d expect from Slide Hampton at the time – at others, they work together more quietly to use the trombones as great shifters of sound and color.