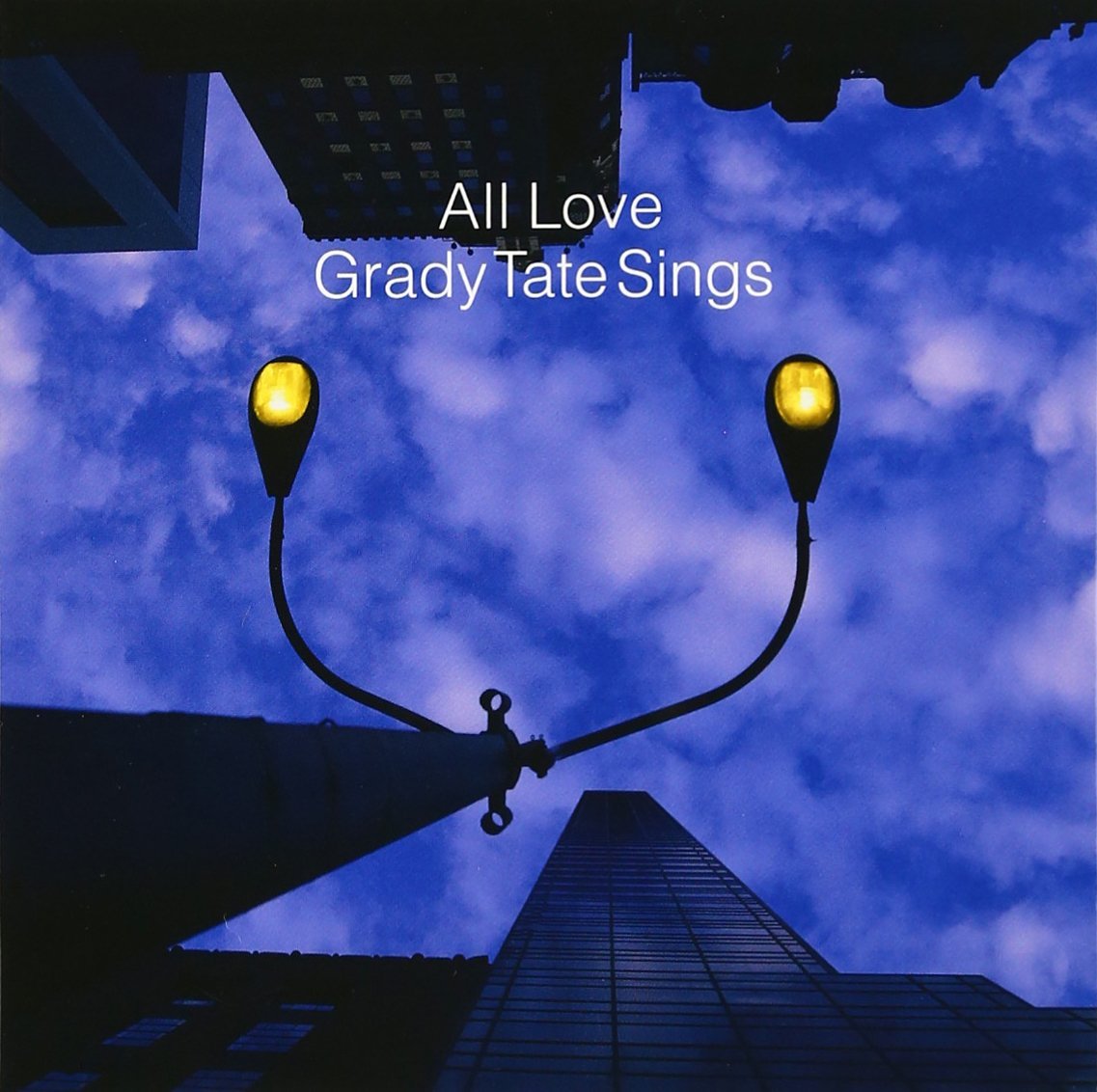 Grady Tate has been one of the world’s most versatile, frequently-recorded musicians for more than 40 years. He is often featured as a distinctive drummer, but in fact, he is also one of the best vocalists in the world. For this album, Grady Tate selects everything from standards to ’50s musical hits number to his own composition, but the common theme is “love.” That is the very message Tate, who celebrated his 70th birthday during the recording date, wanted to remind people of. Grady’s voice swings gently and sometimes longingly together with the finest trio.

Grady Tate is best known as a top drummer, much in studio demand, with a long and impressive resumé. His singing talents are less widely documented, although he’s released about a dozen vocal albums since 1968 and was nominated for a 1986 Best Jazz Vocal Grammy for his performance of “She’s out of My Life.” Tate is a fine singer in the Nat Cole/Johnny Hartman tradition: smooth and soulful, with naturalistic phrasing and a direct emotional message. While he doesn’t have a big voice, it’s affable and very pleasant, and the classic love songs on All Love are the perfect material to set it off. Two of the tunes are less familiar – “Follow the Path,” a pretty melody by the late Bobby Scott with inspirational lyrics by Mort Goode, and Tate’s own heartfelt “Dream Love.” Tate enlists some stellar colleagues to enhance the mood and meaning of each track, including veterans Frank Wess, whose masterful flute blows cool and fresh, and pianist Kenny Barron, whose elegant solos are a delight (see, for example, his understated beauty on “My One and Only Love”). Tate plays drums on five of the nine tracks, with the legendary Jimmy Cobb on four. All told, All Love is a relaxed and engaging album, refreshingly free of hype and fluff.