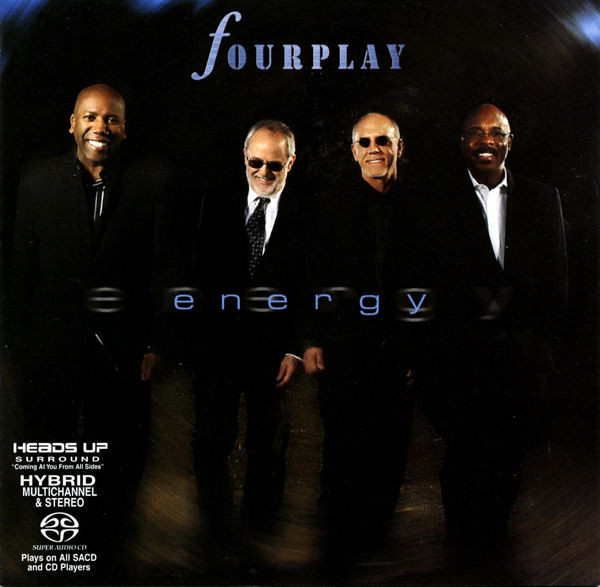 As a unit, contemporary jazz supergroup Fourplay has been together since 1991 with only one personnel change. That’s saying a lot considering that as individuals, these four men — pianist Bob James, drummer Harvey Mason, bassist Nathan East, and guitarist Larry Carlton — are all extremely busy as studio musicians and Fourplay is a side project for all of them. They’ve managed to record on an average of once every two years and even do some touring, without every sacrificing their chosen m.o. for working together or the quality of the music they produce. In all, they’ve been remarkably consistent. 2008’s Energy is the ninth chapter in the Fourplay legacy, and it’s almost exactly what you’d expect if you’re a fan: high quality, great sounding, expertly performed smooth, groovy jazz played by masters of the genre. Seven instrumentals and three vocal cuts add a spoonful of pop to these proceedings. The obvious single here is “Prelude for Lovers” with guest vocalist Esperanza Spalding, which melds neo-soul melody and Caribbean rhythms; it’s quietly sultry and its refrain contains a serious hook. East appears on two others, which are not so memorable but certainly work in the context of the easy grooves being laid down; in fact, his voice is almost an additional instrument. Other highlights on the set include the opener “Fortune Teller,” written by James, Carlton’s funky “Ultralight,” and “Comfort Zone,” with its backbone-slipping groove.