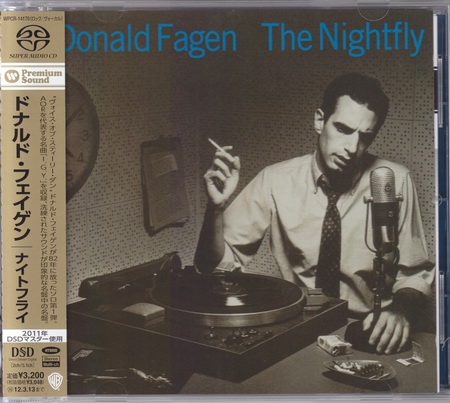 The Nightfly is the debut solo studio album by American singer-songwriter Donald Fagen. Fagen was previously best known for his work in the group Steely Dan, with whom he enjoyed a successful career in the 1970s. The band separated in 1981, leading Fagen to pursue a solo career. Although The Nightfly includes a number of production staff and musicians who had played on Steely Dan records, it was Fagen’s first release without longtime collaborator Walter Becker.

A portrait of the artist as a young man, The Nightfly is a wonderfully evocative reminiscence of Kennedy-era American life; in the liner notes, Donald Fagen describes the songs as representative of the kinds of fantasies he entertained as an adolescent during the late ’50s/early ’60s, and he conveys the tenor of the times with some of his most personal and least obtuse material to date. Continuing in the smooth pop-jazz mode favored on the final Steely Dan records, The Nightfly is lush and shimmering, produced with cinematic flair by Gary Katz; romanticized but never sentimental, the songs are slices of suburbanite soap opera, tales of space-age hopes (the hit “I.G.Y.”) and Cold War fears (the wonderful “The New Frontier,” a memoir of fallout-shelter love) crafted with impeccable style and sophistication.