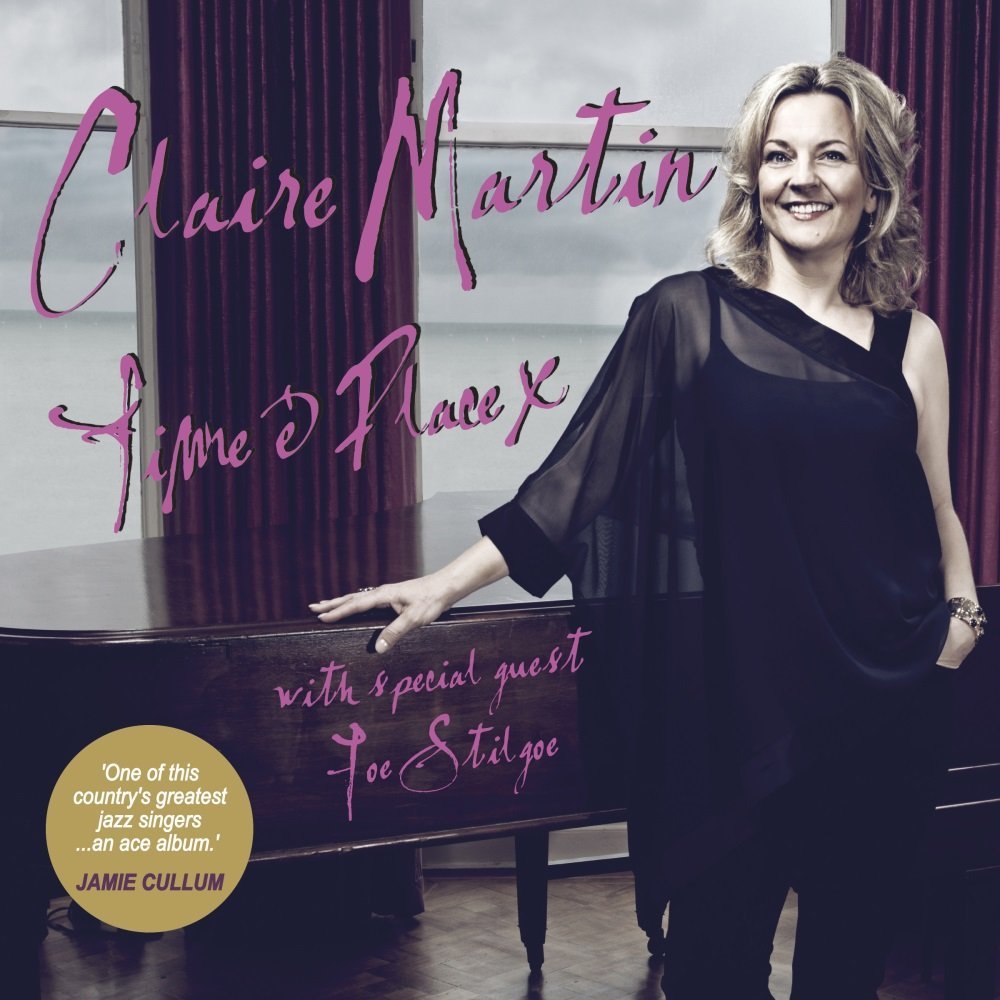 Claire Martin has long been among the most versatile and wide-ranging of singers. Her latest venture, with the Quartet, is no exception. The listener marvels at Claire Martin’s ability and determination to create a wholly new pad of repertoire from zero.

‘Time and Place’ perfectly sums up Claire Martin’s jazz roots beginnings and the inventive, forward-thinking repertoire choices that have framed her enviable career. The majority of arrangements feature The Montpellier Cello Quartet, with whom Claire has developed a unique partnership since they first performed together in 2012. Together Claire and the quartet create a magical sound fusion of jazz-chamber music that encompasses new arrangements from an eclectic group of songwriters including Lennon & McCartney, George Gershwin, David Bowie and Thelonius Monk. With the connections borne of twenty-five years in the business Claire has commissioned imaginative new arrangements, including Joni Mitchell’s ‘Two Grey Rooms’ by renowned composer Mark Anthony Turnage. Pianist Joe Stilgoe guests on his own track ‘Lost For Words’ and delivers a distinctive arrangement of Lennon & McCartney’s ‘She’s Leaving Home’. There are also echoes of The Beatles’ ‘Eleanor Rigby’ on a new arrangement of David Bowie’s ‘The Man Who Sold The World’. Claire’s long-time partnership with Richard Rodney Bennett is acknowledged with both songwriting and arranging credits. ‘Early To Bed’ is quintessential Bennett and Claire gives a heartfelt performance. From album opener via Claire’s own hugely catchy arrangement of ‘Catch Me If You Can’ to the album closer, ‘Goodbye For Now’, ‘Time and Place’ sees Martin return with renewed vigour to pop-crossover territory, a trend she championed long before Norah Jones and Madeleine Peyroux made this style an accepted genre. Known as The First Lady of British Jazz, Claire Martin has previously won Best Vocalist at the British Jazz Awards on six separate occasions, an award she was nominated in 2013. Claire Martin has been a driving force behind the UK jazz scene for the past 25 years and in 2011 was appointed an OBE in the Queen’s Birthday Honours List for her services to music. The Montpellier Cello Quartet performs and inspires a truly eclectic range of music. They bring the rich, warm sound of four cellos to a diverse mixture of classical music, pop, tango and jazz, performing existing quartet repertoire alongside new works written for them by living composers.