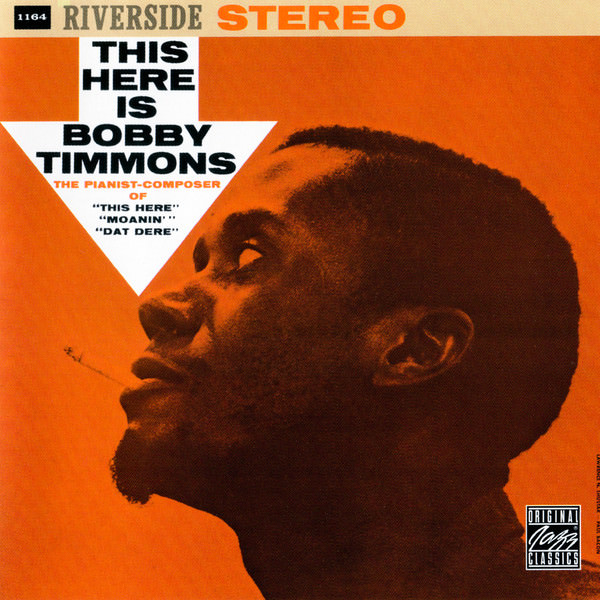 Robert Henry “Bobby” Timmons was an American jazz pianist and composer. He was a sideman in Art Blakey’s Jazz Messengers for two periods, between which he was part of Cannonball Adderley’s band. Several of Timmons’ compositions written when part of these bands – including “Moanin'”, “Dat Dere”, and “This Here” – enjoyed commercial success and brought him more attention. “This Here Is Bobby Timmons” is his debut album as leader, recorded in 1960 and originally released on the Riverside label.

This is a classic Riverside set that has been reissued on SACD. Pianist Bobby Timmons by early 1960 had already had successful stints with Art Blakey (where he contributed “Moanin'”) and Canonball Adderley (writing “This Here” and “Date Dere”). For his first recording as a leader, Timmons (whose “funky” style was beginning to become very influential) performs those three hits along with his own “Joy Ride” and five standards in a trio with bassist Sam Jones and drummer Jimmy Cobb. Always more than just a soul-jazz pianist, Timmons (who effectively takes “Lush Life” unaccompanied) became a bit stereotyped later in his career but at this early stage was at the peak of his creativity. Essential music.