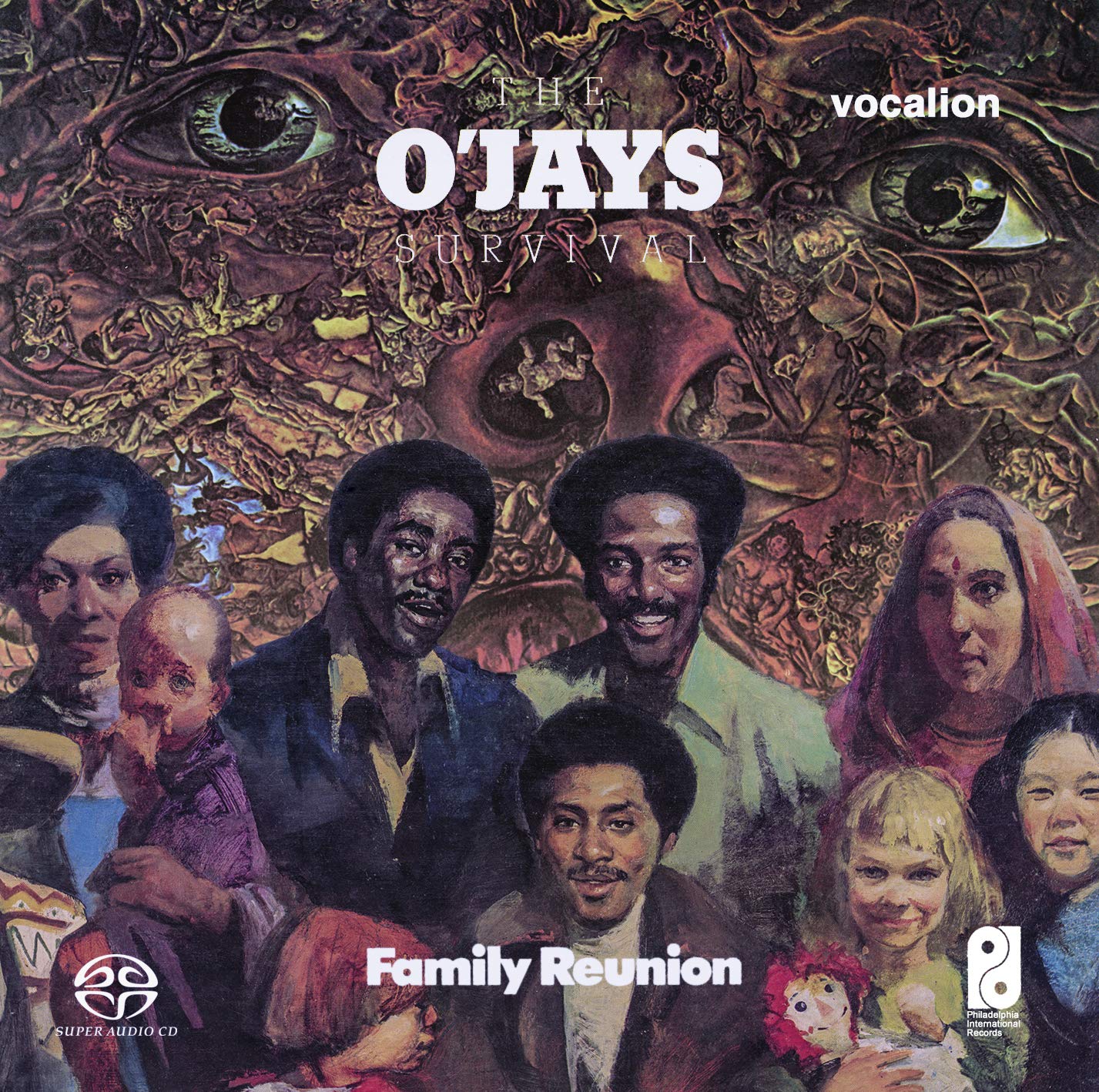 During the middle of the 70’s disco era, The O’Jay’s could apparently do no wrong. The soulful Cleveland based trio recorded one hit after another under Gamble & Huff’s direction for Philadelphia International Records. Moving away from the angry bite of their 1972 release “Back Stabbers”, the band followed-up that fantastic album with their 1973 album “Ship Ahoy” heading onward into 1975 with two more LP’s, “Survival” and “Family Reunion”. These two albums were released in quadrophonic back then and now decades later Michael J. Dutton has remastered both albums from the original analogue tapes for his Vocalion label.

Survival
The O’Jays followed the spectacular Backstabbers and Ship Ahoy with the good, but not on the same level, Survival. It was unrealistic to expect masterpieces every time out, and the LP included many strong ballads and good message tracks. But while it may not have been as epic in its performances and compositions, it was certainly the other albums’ equal in sales strength. The group had two number one R&B hits in 1975, “Give The People What They Want” and “I Love Music (Part 1).” In addition, the title track made the charts as the B-side to “Let Me Make Love To You,” another rousing ballad.

Family Reunion
In the 1970s, Philadelphia International Records could seemingly do no wrong where the O’Jays were concerned. The Cleveland trio recorded one gem after another under Gamble & Huff’s direction, and Family Reunion was no exception. Nothing on this LP has the angry bite of “Back Stabbers,” “Don’t Call Me Brother” or “Rich Get Richer,” and the mood is upbeat and optimistic on everything from the uplifting “Unity” to the ballad “Stairway to Heaven” (not the Led Zeppelin song) to the escapist party anthem “Livin’ for the Weekend.” With the intoxicating “I Love Music,” the O’Jays stressed the soul side of disco and provided one of the most appealing hits of the disco era. From start to finish, Family Reunion was a valuable addition to a catalog that already had its share of treasures.