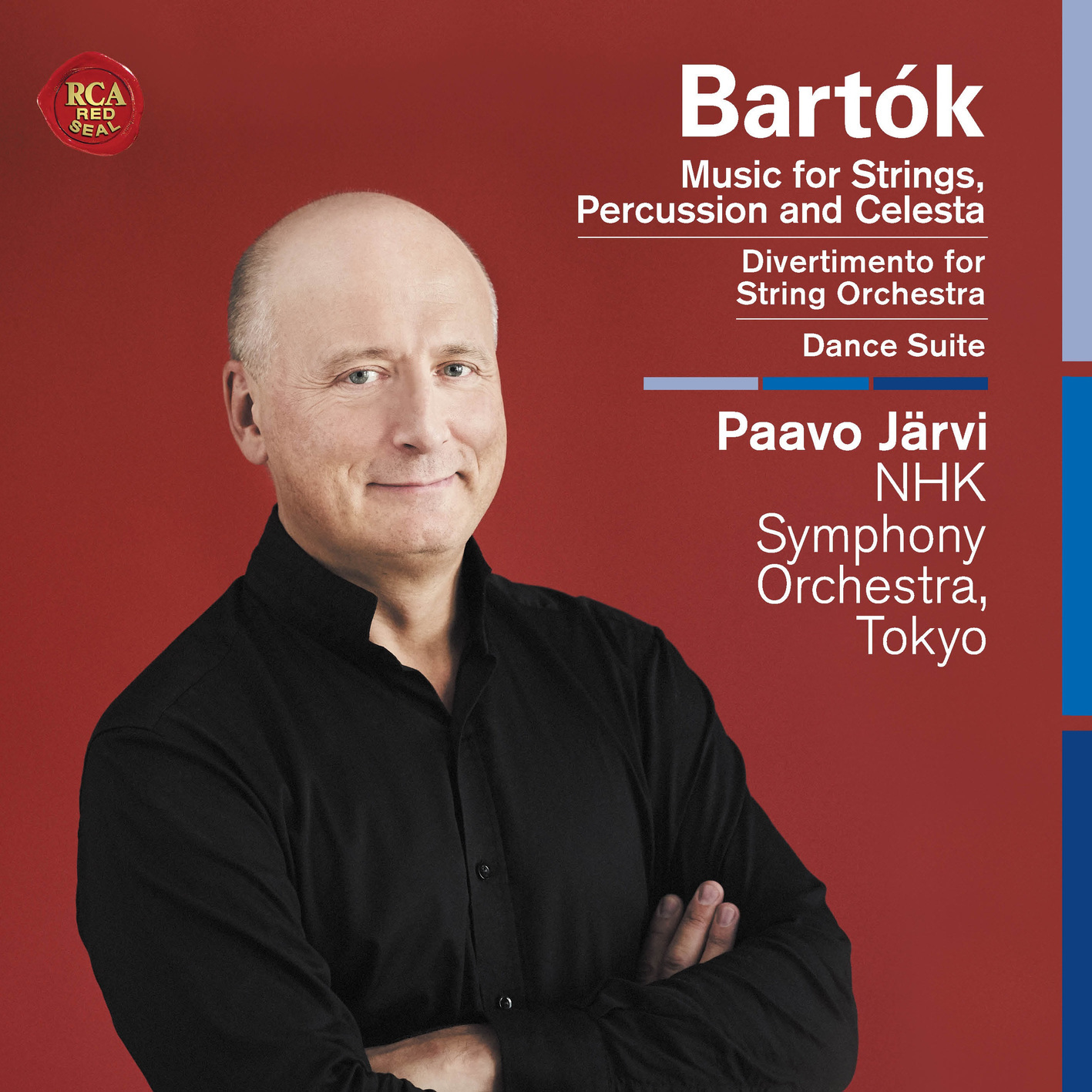 Béla Bartók’s masterpiece trilogy that set the tone for music in the 20th century. Bartók is a composer who best fits Paavo Järvi’s agile and dramatic musicality. This album, which contains three major pieces for orchestra composed by Bartok in the European era, is an album that Jarvi longed for recording. “Music for Strings, Percussion Instruments and Celesta”, composed in 1936, is an unconventional organization that divides stringed parts into two groups and contrasts them with percussion instruments / Celesta. The overwhelming virtuosity of the NHK Symphony Orchestra has been demonstrated with unprecedented strength. Both are the first recordings for both Paavo Järvi and the Tokyo’s NHK Symphony Orchestra.

Since 2016, the Chief Conductor of the NHK Symphony Orchestra, Tokyo has been Paavo Järvi, and together they have made several acclaimed recordings of music by Mahler and Richard Strauss. Now comes their most accomplished album yet of three works by Bartók: alongside characterful accounts of the Divertimento and the Dance Suite they offer an unsettlingly eerie performance of the Music for Strings, Percussion and Celesta.

The highlight of both the piece and this recording has to be the third movement: with its desolate, repeated xylophone notes, timpani glissandos, and harsh, angular string writing, it’s an extraordinarily creepy movement full of quiet despair. It’s hard to describe in words, but the passage about two and a half minutes in where pianissimo trills and a chain of ascending and descending glissando wails from the violins accompany a chromatic melody from celesta and two solo violins, punctuated by implacable major sevenths from the piano, is so disturbing and chilling that I’m not sure it’s the sort of thing I would want to listen to in the dark! It’s no surprise that Stanley Kubrick chose this precise section of the piece for part of the soundtrack to The Shining. Especially in this piece, Järvi often takes a relatively expansive view on tempos (Bartók actually gives quite detailed breakdowns of the timing of movements here and in the Divertimento for string orchestra, which admittedly Järvi frequently exceeds, but then very few other recordings get anywhere near either!), but this is all for the very good reason of allowing the music the space it needs. It was simply a pleasure to wallow in the tremendous sounds that the NHK players were making. The versatility that the orchestra possesses is amply demonstrated in the Divertimento, where they are adept at navigating its changing moods: the opening is full of richness and depth, and yet they bring a huge amount of grace and deftness when required. I can’t say enough good things about this recording: the variety of sounds that they make is nothing short of stunning, turning from the gentlest of pianissimos to the most ferocious of fortissimos with great ease.