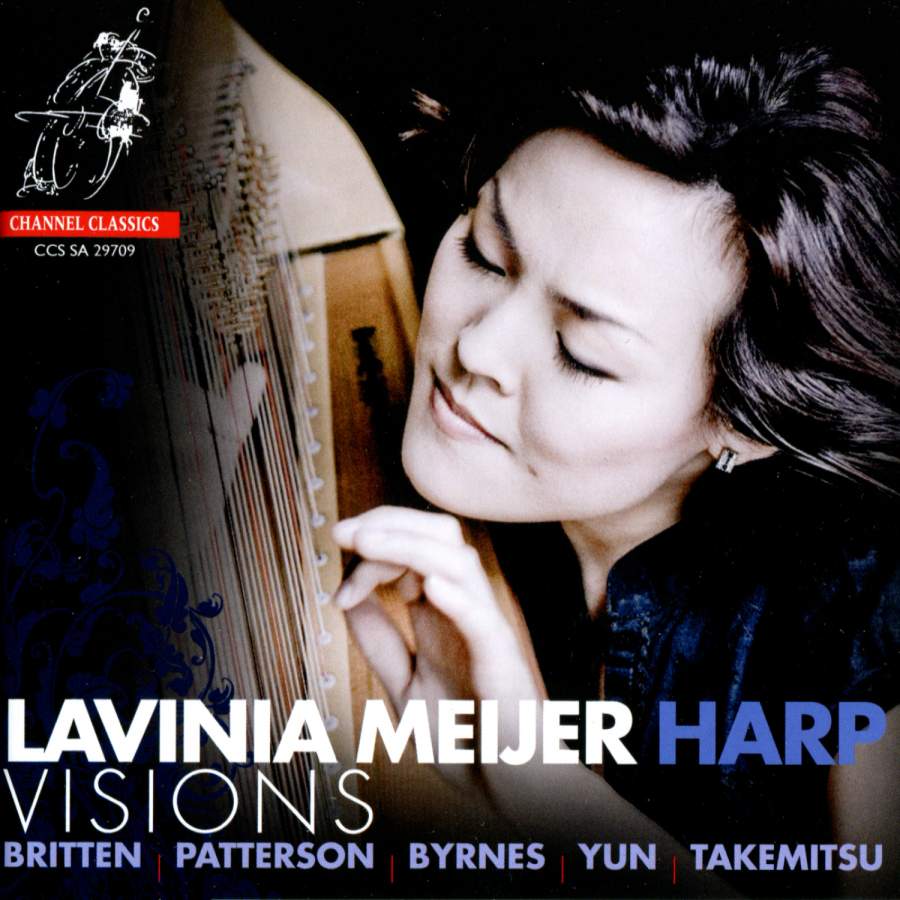 Lavinia Meijer is recognized worldwide as one of the most successful rising stars of the harp. In October 2009 Meijer received the “Nederlandse Muziekprijs” at the Amsterdam Concertgebouw by the Minister of Culture. This Dutch Music Prize, a state prize, is the highest award a classical musician can obtain in The Netherlands. Besides performing the standard harp repertoire Lavinia Meijer is very keen on playing modern music. She is also interested in experiments with electronic music, theatrical performances and jazz. She has inspired several composers to write new compositions for the harp in all possible combinations, not only the violin also a saxophone quartet and even a rock band.

‘Visions’ presents a varied picture of recent repertoire from the last forty years and includes Britten’s haunting Suite, and Paul Patterson’s incredible pictorial pieces “Spiders” and “Bugs”. Lavinia Meijer’s performance of Garret Byrnes’ “Visions of Twilight” will surely become the benchmark recording of a work which has become one of the most performed works for harp ever since it’s premier in 2000.

I am sometimes asked to name my favourite stylistic period. It doesn’t matter to me, as long as we’re talking about good compositions and I can give them my own personal interpretation. It’s true that even as a young performer I discovered that I had an affinity for modern music. I am particularly interested by the technical and interpretative possibilities. It gives the performer a sense of freedom. I also enjoy the challenge of making modern music, which is experienced by so many people as “difficult”, into something not only approachable but exciting. Personal contact with the composer is a priceless advantage here. I would never have been able perform the works which were written specially for me by Garret Byrnes, Carlos Michans, and Jacob TV (Jacob ter Veldhuis) with such conviction if the composers hadn’t been around.

Her brilliance as a harpist is amply demonstrated in all of the pieces making up this recital…The recording is clear and immediate – Gramophone Magazine, May 2010