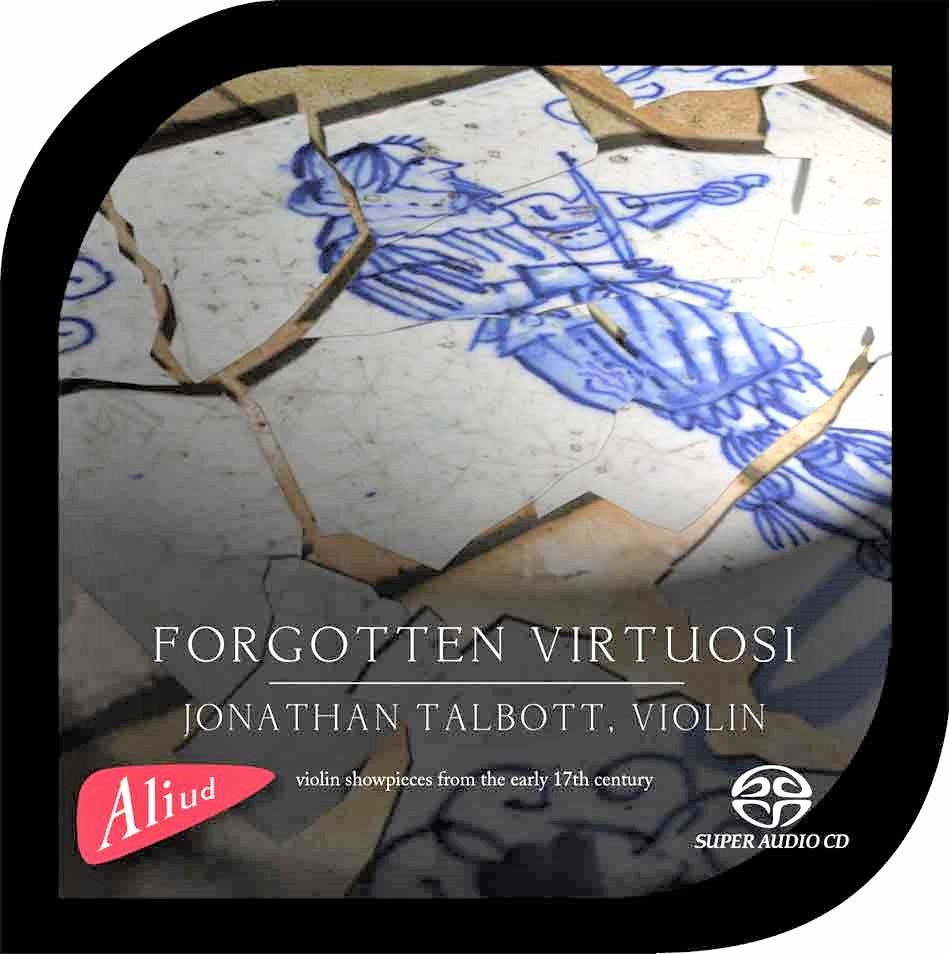 In the early 17th century, a number of now forgotten violin soloists toured Europe, commanding enormous salaries and following ever more prestigeous offers of employment. Some were so valued for their playing that they were granted nobility, and more than one was described as “the most famous artist for the violin that the world has yet produced.”

Courts and cities would hire these superstars in order to have them astonish and awe their guests with their performances. One of the more astonishing pieces on this disc is the unaccompanied Fantasia by Étienne Nau, which is found in a manuscript now in Berlin. Composed around 1620, the Fantasia begins with an imitation of an organ tremulant and then goes on to sample almost every color on the violin’s palette.

Reviews:
Tubantia
Talbott’s violin playing proved that the virtuoso was not just a 19th century phenomenon.

HRAudio.net 5 out of 5
“We all know of virtuoso violinists who became household names in their time. Yet, as this enterprising album shows, in the early 17th Century there was another shadowy coterie of virtuosi who travelled Europe, commanding fabulous salaries and even being ennobled as payment for their services.
Jonathan Talbott is a renowned exponent of early violins, having led baroque orchestras on four continents. He offers a repertoire that spans a mere 800 years. In his disc notes, he describes these itinerant violinists from the dawning of the Baroque period as “superstars”, which courts and cities would vie for, anxious to hire them for their ability to astonish and awe audiences.
As the star of the disc, Talbott’s playing is quite superb. His reconstructed late-Renaissance/Early Baroque violin has a pure sound, and is played on the arm as indicated in many oil paintings of the time. His nimble articulation is a model of clarity, tuning is immaculate and technical mastery self-evident. Much praise also to the fellow accompanists; the bass violin is itself given a workout at times as brilliant as the violin, and the ensemble play stylishly whether in expressively mournful or joyfully toe-tapping modes. Aliud’s pure DSD sound is very well-balanced, the violin not too far forward, enveloped in an intimate acoustic which easily becomes an extension of one’s own listening room.
This disc manages to be informative, thought-provoking, entertaining and thrilling all at once. There are also three world première recordings. Highly recommended.
Performance, Stereo Sound Quality and Surround Sound Quality: 5 Stars out of 5 Stars.”
John Miller for HRAudio.net